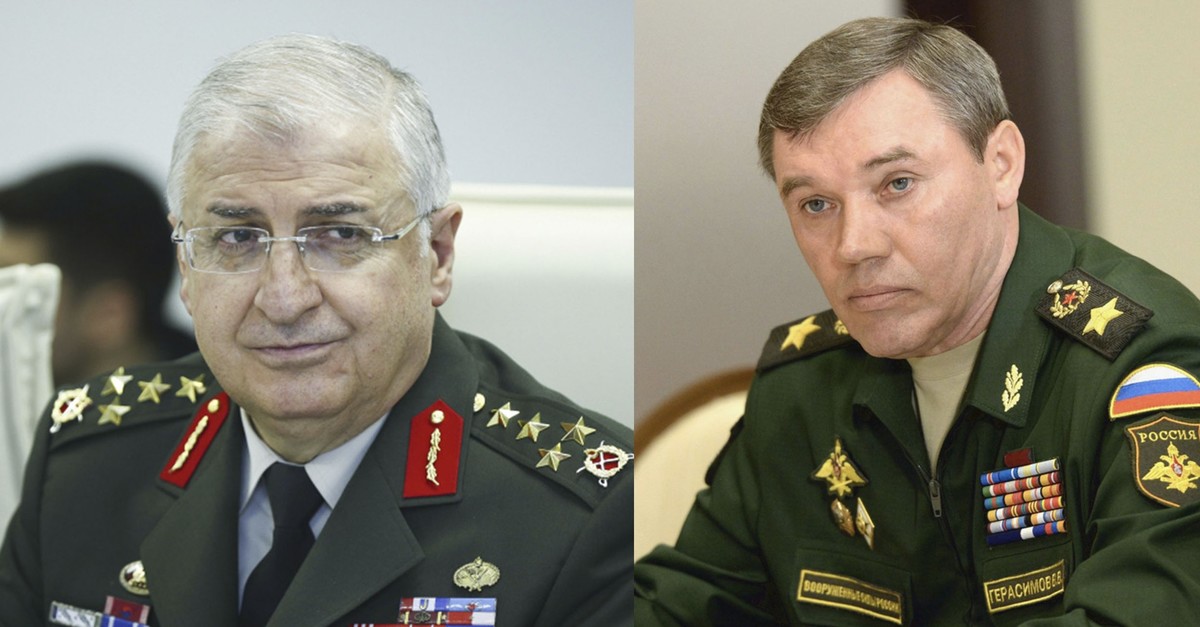 Earlier on the same day, Russian officials had a meeting with the PKK terrorist group's Syrian offshoot, the People's Protection Units (YPG), in Ayn al-Arab, allegedly reassuring the terrorist group that they will do their best to ensure that the Turkish military does not attack the area.

No further details were provided over the phone conversation.

As part of a deal, Ankara and Moscow agreed on Oct. 22, both countries have so far carried out a total of 11 joint patrols east of the Euphrates River in northern Syria.

Under two separate deals with the U.S. and Russia, Turkey paused the operation to allow the withdrawal of YPG/PKK terrorists from the planned northern Syria safe zone.

But the terrorists have failed to withdraw from some areas and continue to attack both soldiers and civilians.

In its more than 30-year terror campaign against Turkey, the PKK -- listed as a terrorist organization by Turkey, the U.S. and the European Union -- has been responsible for the deaths of 40,000 people, including women, children and infants. The YPG is the Syrian offshoot of PKK.