Erdoğan, Trump meet on the sidelines of NATO summit in London 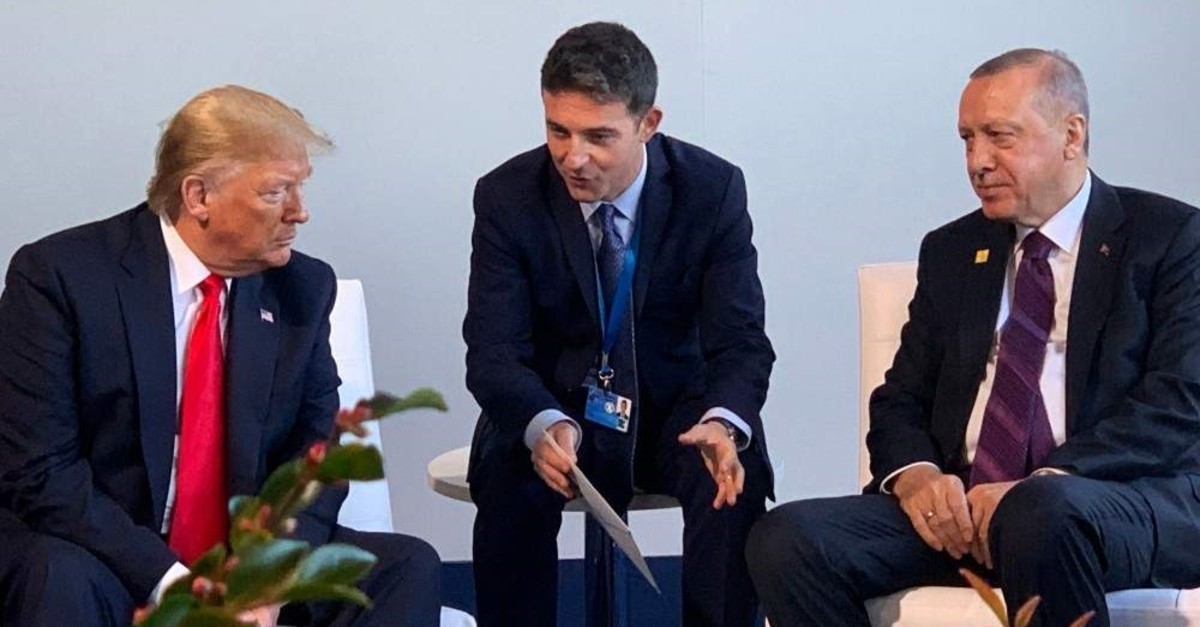 The two met behind closed doors for half an hour after the main session of the NATO leaders' summit.

Earlier on Tuesday, President Erdoğan convened with the leaders of France, Germany and the U.K., ahead of the formal talks of the NATO summit.
The leaders praised the quadrilateral meeting, with German Chancellor Angela Merkel saying "it was productive and useful."

The meeting, which took place at 10 Downing Street and was joined by President Erdoğan, his French counterpart Emmanuel Macron, German Chancellor Merkel and U.K. Prime Minister Boris Johnson lasted about an hour. President Erdoğan said after the summit that the discussion "went well."

On Oct. 9, Turkey launched Operation Peace Spring to clear YPG terrorists from northern Syria and east of the Euphrates in order to secure Turkey's borders, aid in the safe return of Syrian refugees and ensure Syria's territorial integrity.

As agreed in two separate deals with both the U.S. and Russia, Turkey has temporarily halted the operation to allow for the withdrawal of YPG terrorists from the proposed safe zone inside Syria.

Ankara wants YPG terrorists to withdraw from the region so a safe zone can be created to pave the way for the safe return of some 2 million refugees from Turkey.

The NATO leaders’ summit comes amid very public infighting between some of NATO's biggest member countries and the disputes threaten to undermine the credibility of the 29-nation military alliance.

The leaders are due to publish a declaration underlining their commitment to NATO on its 70th anniversary and show that the alliance is adapting to modern threats and potential new adversaries like China.

Trump and Macron clashed Tuesday over the French leader's criticism of NATO. Macron says NATO needs "a wake-up call" and he has complained of a lack of U.S. leadership.

The U.S. is by far the biggest and most influential member of NATO. Its military spending dwarfs that of all the other allies combined.