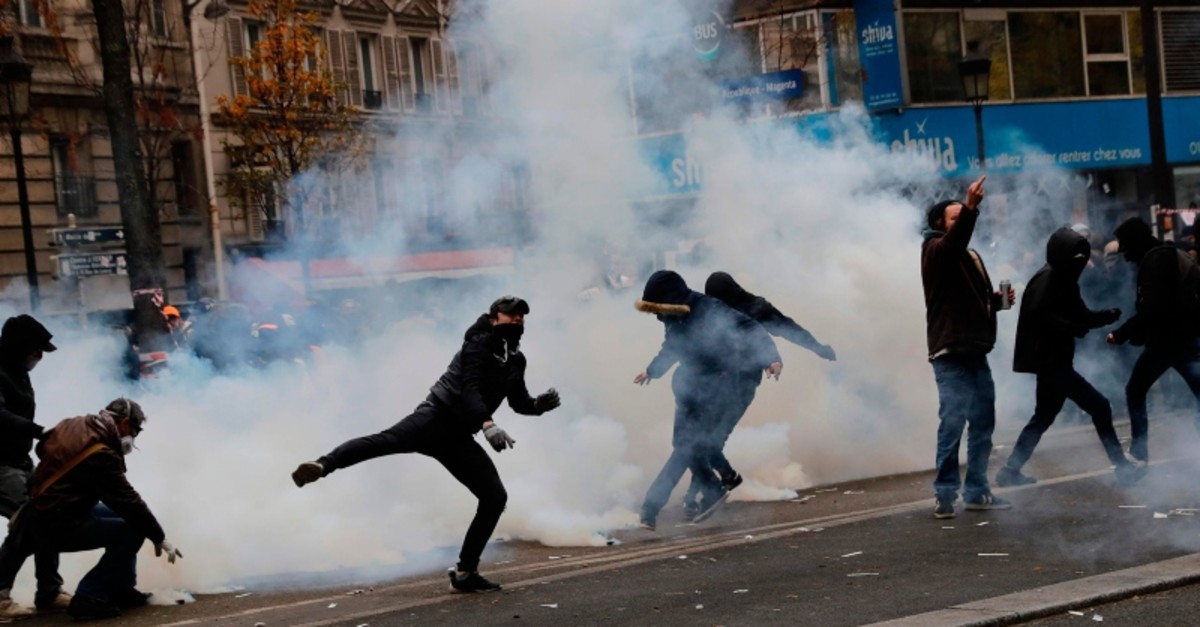 Turkey's Foreign Ministry on Friday issued a warning for citizens traveling to France amid ongoing protests in the country.

The French government on Friday expressed determination to plough ahead with far-reaching pension reforms in the face of the biggest strikes in years, which have brought public transport in much of the country to a standstill.

The strikes, which began Thursday, have seen most high-speed trains canceled, flights affected and most of the Paris metro shut down in a major challenge to the ambitious reform agenda of President Emmanuel Macron.

The turmoil is expected to continue over the weekend and through until at least Tuesday when unions have called more nationwide protests to follow mass rallies on Thursday that brought over 800,000 people onto the streets.