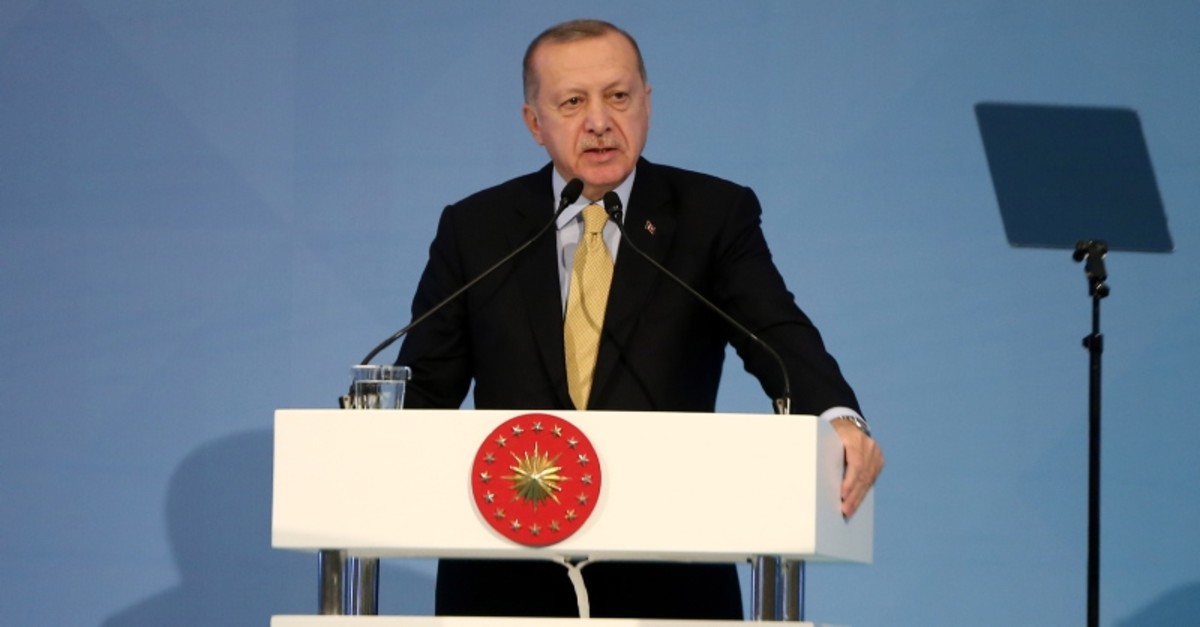 President Recep Tayyip Erdou011fan addresses the OIC conference in Istanbul on Sunday, Dec. 8, 2019 (AA Photo)
by Daily Sabah Dec 08, 2019 3:29 pm
President Recep Tayyip Erdoğan called on Muslim countries to ensure better living conditions for the people by improving economic stability and welfare levels, arguing that this is possible if everyone follows the Islamic principle of helping the needy.
Addressing an Organization of Islamic Cooperation (OIC) meeting in Istanbul on Sunday, Erdoğan highlighted that Muslim countries are not working hard enough for their people.
“21% of the population living in OIC member states, equating to around 350 million Muslim people, try to make ends meet in a state of extreme poverty. Muslim countries need to strive harder and openly discuss issues,” Erdoğan said.
“The difference between the wealthiest Muslim country and the poorest is around 200 times. If Muslims give alms as per the fourth pillar of Islam, then there would be no poor people in Muslim countries.”
Last Update: Dec 20, 2019 2:14 am
RELATED TOPICS