Greece will be isolated if it goes to war with Turkey, former FM Bakoyannis says 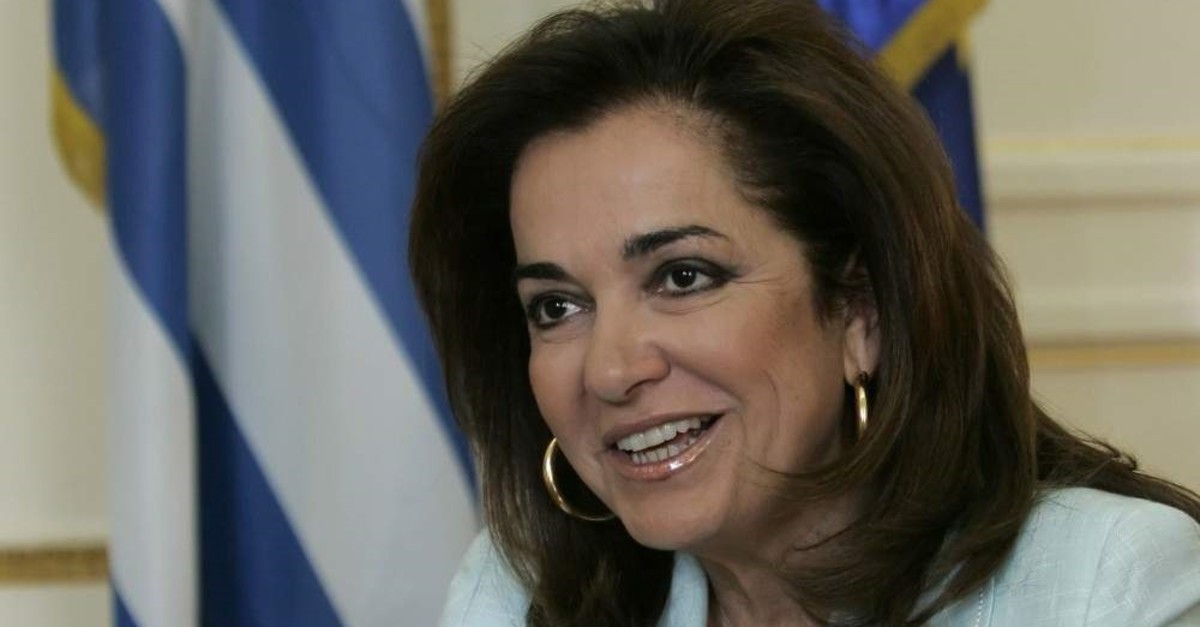 Greece will be left alone if it goes into war with Turkey, former Greek Foreign Minister Theodora Bakoyannis said in a series of tweets on Tuesday.

Bakoyannis, who is the sister of Greek Prime Minister Kyriakos Mitsotakis and served as the foreign minister between 2006 and 2009, warned that going into war with Turkey is not logical because “nobody will sacrifice themselves” for Greece.

Noting that relations between the two countries have been at an all-time low since the Kardak crisis in 1996, Bakoyannis said dialogue is the only way to resolve the issues.

The meeting between President Recep Tayyip Erdoğan and Mitsotakis was a right step in this direction, as they both expressed their disagreements and their willingness to keep communication channels open, the former foreign minister said.

Relations between the two countries have been strained over a number of issues, including the dispute in the Eastern Mediterranean, the Cyprus issue, Greece’s protection of Gülenist Terror Group (FETÖ) fugitives who took part in the failed coup attempt in 2016, and more.

The two countries also have diplomatic problems over the rights of Turkish-Muslim and Greek-Orthodox communities, as well as Greek support for or inaction toward terrorist groups targeting Turkey.

The crisis was triggered when a Turkish vessel shipwrecked on the islets on Dec. 25, 1995. Athens claimed that the accident took place in its territorial waters, but Ankara denied it, claiming that the islets belonged to Turkey.

Turkey's only woman prime minister, Tansu Çiller, said at the time that Turkey was ready for a military operation and sent troops to the western islet to plant the Turkish flag.

Three Greek soldiers – Christodoulos Karathanasis, Panagiotis Vlahakos and Ektoras Gialopsos – were killed during a reconnaissance mission when their helicopter, which took off from the Greek frigate Navarino, crashed on Jan. 31, 1996, at the height of the crisis.

The control of territorial waters in the Aegean Sea remains a problematic issue between the two countries. Citing bilateral and international treaties, Turkey says both countries have territorial waters and airspace 6 nautical miles wide around their respective mainland and islands.

In contrast, Greece, citing international law, wants to increase its territorial waters to 12 nautical miles, which would leave practically the whole Aegean Sea under Greek control. Through a parliamentary motion in 1995, Turkey declared unilateral action by arguing that, if Greece were to extend the boundary to 12 nautical miles, it would be considered a casus belli.