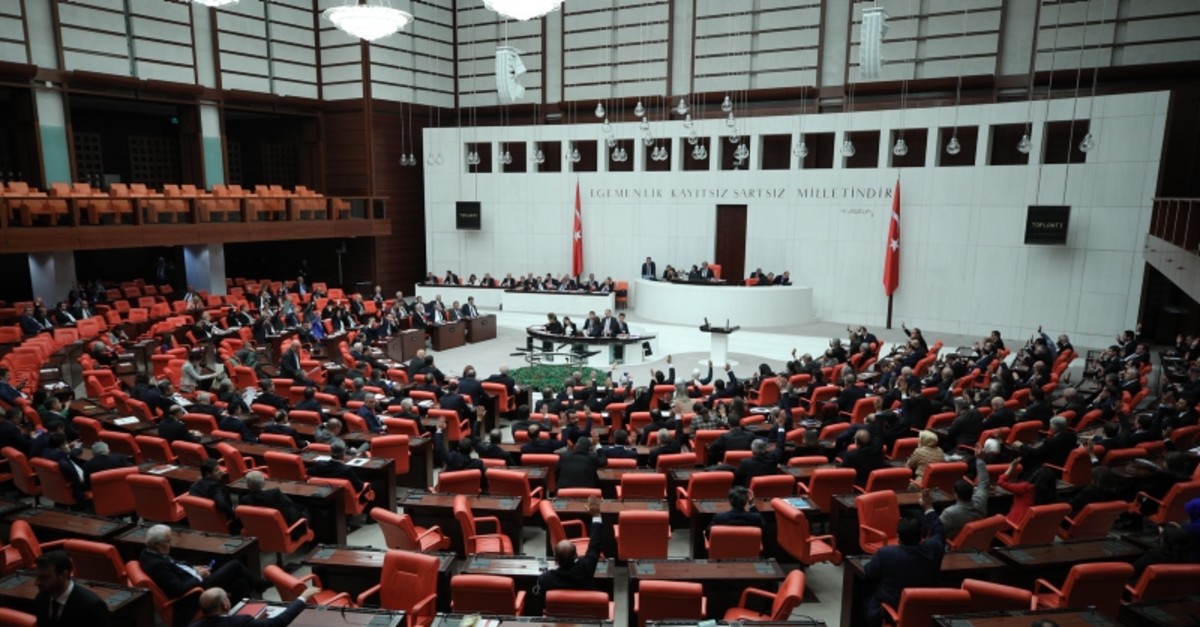 All parties in Turkish Parliament united late Friday to condemn and reject US Senate resolution recognizing events of 1915 as "Armenian genocide."

Only the pro-PKK Peoples' Democratic Party (HDP) said in a statement that they do not reject or condemn the US Senate's bill.

The U.S. Senate unanimously passed a resolution on Thursday that recognizes the so-called Armenian genocide.

On the other hand, the U.S. Embassy in Ankara on Friday said that their position on the issue has not changed.

The spokesperson from the embassy, said: "The position of the administration is not changed. Our views are reflected in the President's definitive statement in this issue from last April."

On his statement about the 1915 events on April 24, Trump did not use the term "genocide," rather preferred the Armenian term "Meds Yeghern" which means "Great Disaster."

Recognition of the 1915 events as "genocide" had for decades stalled in the Congress, stymied by concerns about relations with Turkey.