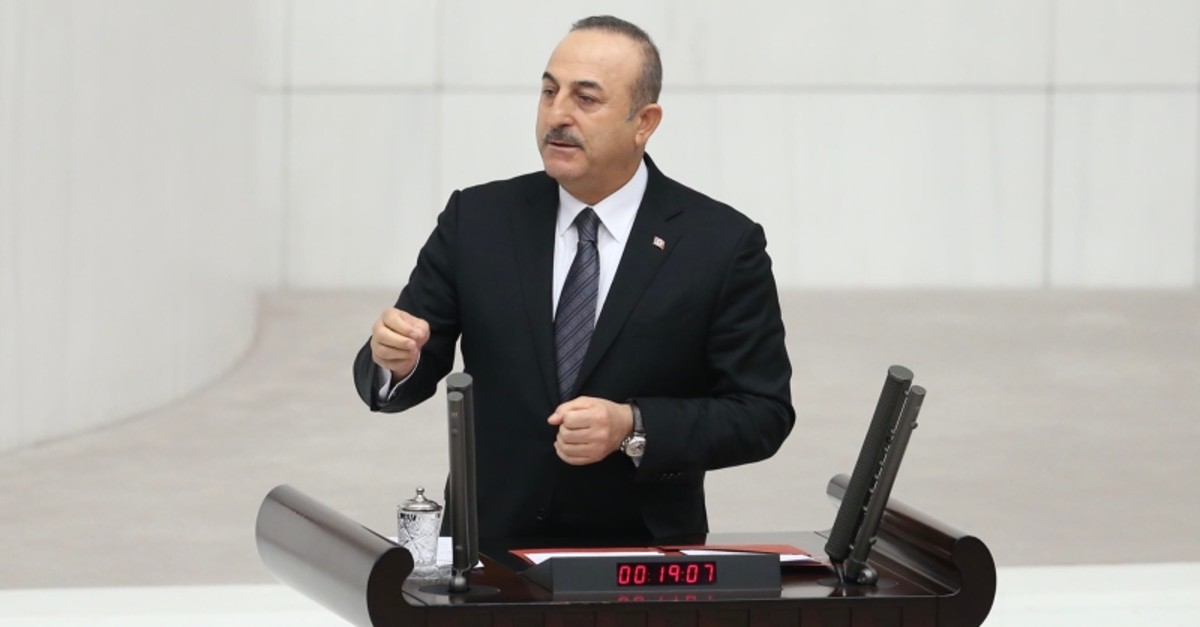 There is an urgent need for expanding third-country solutions to have a “more equitable burden share” of refugees, Turkey’s foreign minister said Monday, reiterating the country’s stance on the refugee crisis.

"More equitable burden and responsibility sharing are key for helping refugees and refugee-hosting countries. It will be the most important message out of the Global Refugee Forum, I believe," Foreign Minister Mevlüt Çavuşoğlu said in Geneva, Switzerland.

His remarks came during a panel titled “The Syrian Refugee Crisis – Delivering in Partnership.”

The panel was held on the first day of the three-day Global Refugee Forum.

"We have established new ways of working in partnerships with civil society and partners, including the EU using its convening power to bring the international community together," Çavuşoğlu said.

"We will organize an international conference with Lebanon, Iraq and Jordan, with the participation of other relevant actors, including the EU. And we will meet as foreign ministers tomorrow," he added.

Çavuşoğlu said Turkey had done its best for Syrians in the country since the beginning of the crisis and underscored that more than half a million Syrian babies were born in Turkey.

"However, we didn't create this crisis and shouldn't be the only ones paying for its consequences. There is also an urgent need for expanding third-country solutions, including resettlement opportunities," the top diplomat said.

He pointed out that the European Union has also been at the forefront of the response to the Syrian crisis.

Syria has been locked in a vicious civil war since early 2011 when the Bashar Assad regime cracked down on pro-democracy protests with unexpected ferocity. Over 5 million civilians have become refugees due to the civil war. Turkey hosts 3.6 million of them, more than any country in the world.

Turkish officials have put forward humanitarian efforts to meet the basic needs of refugees by offering them various forms of assistance and helping coordinate international aid. Modern camps provide refugees access to all basic services, from education to vocational training courses. Compared to refugee camps in many Western countries, Turkey maintains much better standards despite hosting much larger populations.