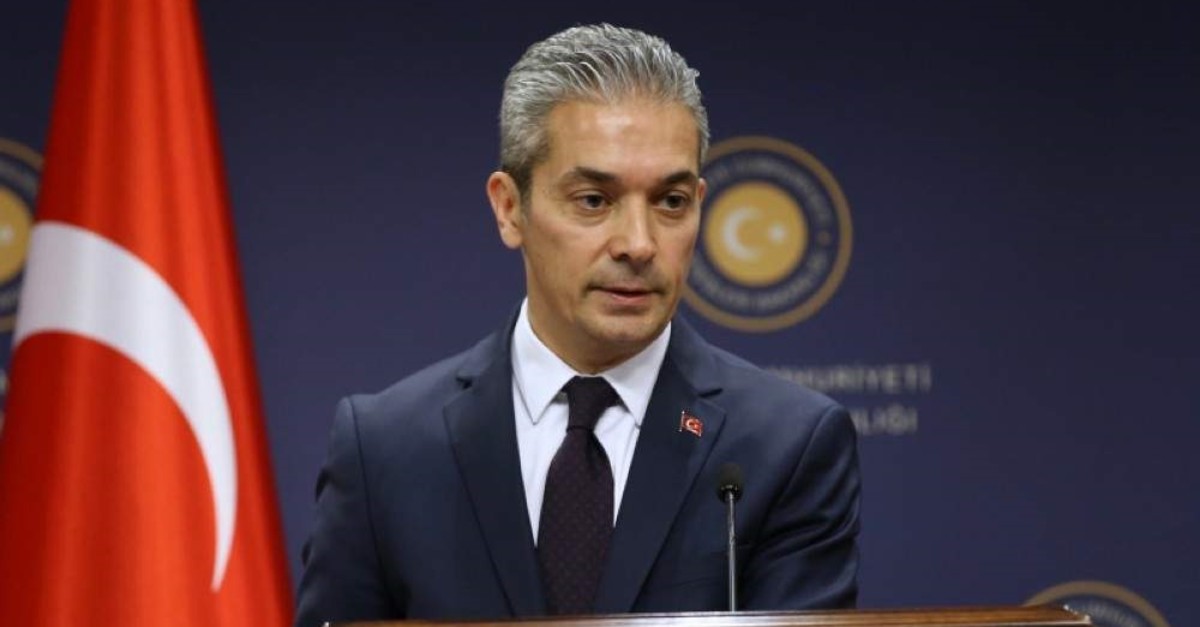 Turkey on Wednesday criticized a decision by the Netherlands to approve asylum applications and residence permits for suspects with alleged links to the Gülenist Terror Group (FETÖ), the group behind the 2016 defeated coup in Turkey.

"It is unacceptable that the Dutch Immigration and Naturalization Service responded positively to the asylum applications of FETÖ members and granted them residence permits on the basis that personal information of the FETÖ-affiliated individuals might have been obtained by the Turkish authorities," Foreign Ministry spokesman Hami Aksoy said in a statement.

Aksoy stressed that the 1951 Geneva Convention on the Status of Refugees stipulated that individuals who are wanted for terrorism could not be granted refugee status.

"The Convention aims to prevent the abuse of the refugee status by terrorists," he added.

Aksoy went on to say that Turkey's efforts and expectations for the extradition of FETÖ members continued.

"Our expectation and efforts toward the extradition of FETÖ members who are behind the July 15 treacherous coup attempt, claiming the lives of 251 innocent citizens and injuring thousands, will continue," Aksoy said.

"It should not be forgotten that this terrorist organization is a threat not only to Turkey but also to every country where it operates and that international cooperation is of great importance in the fight against terrorism," he concluded.

FETÖ was also behind a long-running campaign to overthrow the legitimate state apparatus, through infiltration into Turkish institutions, particularly the military, police and judiciary.
Many high-profile FETÖ supporters fled the country following the July 15 coup attempt and sought asylum in European countries, the U.S. and Canada.

FETÖ has a considerable presence abroad, particularly in the U.S., including private schools that serve as a revenue stream for the terror group. The U.S. is home to a large community of Gülenists, including Gülen. He has lived in self-imposed exile on a secluded compound in the U.S. state of Pennsylvania since 1999.

Germany and Greece were among the top EU countries where suspected members of FETÖ sought asylum after the coup attempt. Suspected FETÖ members made up the largest share of asylum-seekers coming from a terrorist group, followed by members of the PKK terrorist group.

Still acting under the guise of a charity movement, FETÖ is widely tolerated in European countries, mainly in Germany, where about 14,000 of its members who fled Turkey following the coup attempt reside. Both federal and state governments embrace FETÖ members and turn a blind eye to their activities. This makes Germany a favored destination for the terrorist group, whose members are sought by Turkey around the world.

While most of Turkey's other allies, especially countries in Africa, cooperate with Ankara in shutting down FETÖ schools and deporting the group's members, Germany often faces criticism from Turkish officials for its tolerant policy toward Gülenists. Along with the embrace by Berlin, FETÖ members find assistance from fellow members of the group in the form of a nonprofit that seemingly aims to help "refugees."