Italy to communicate with Turkey, Russia and US over Libya tensions 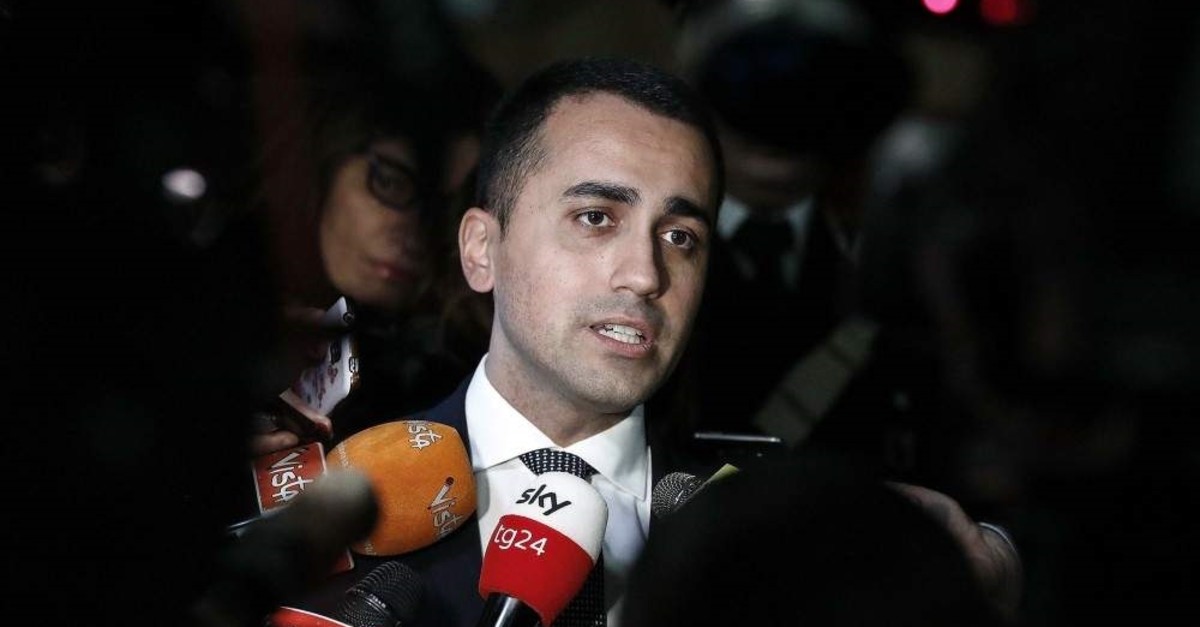 Italy's foreign minister said Tuesday his country is ready to hold talks with Turkey, Russia and the U.S. on finding a solution to the ongoing crisis in Libya.

"Italy is ready to work to find a diplomatic solution to the Libyan crisis," Luigi Di Maio told reporters at Rome's Ciampino Airport after his return from Libya.

Di Maio said he was set to phone his counterparts from the U.S., Russia and Turkey.

"I will also phone my German, French and British counterparts," he added.

Di Maio visited Libya earlier in the day and held separate talks in Tripoli and Benghazi with Fayez al-Sarraj, head of the U.N.-recognized Government of National Accord (GNA), and commander Khalifa Haftar.

On April 4, Haftar -- leader of the eastern Libyan forces -- launched an offensive to capture the capital Tripoli from GNA forces.

According to U.N. data, over a thousand people have been killed since the start of the operation and more than 5,000 injured.

Since the ouster and death of ruler Moammar Gadhafi in 2011, two seats of power have emerged in Libya: one in eastern Libya supported mainly by Egypt and the United Arab Emirates and another in Tripoli, which enjoys U.N. and international recognition.