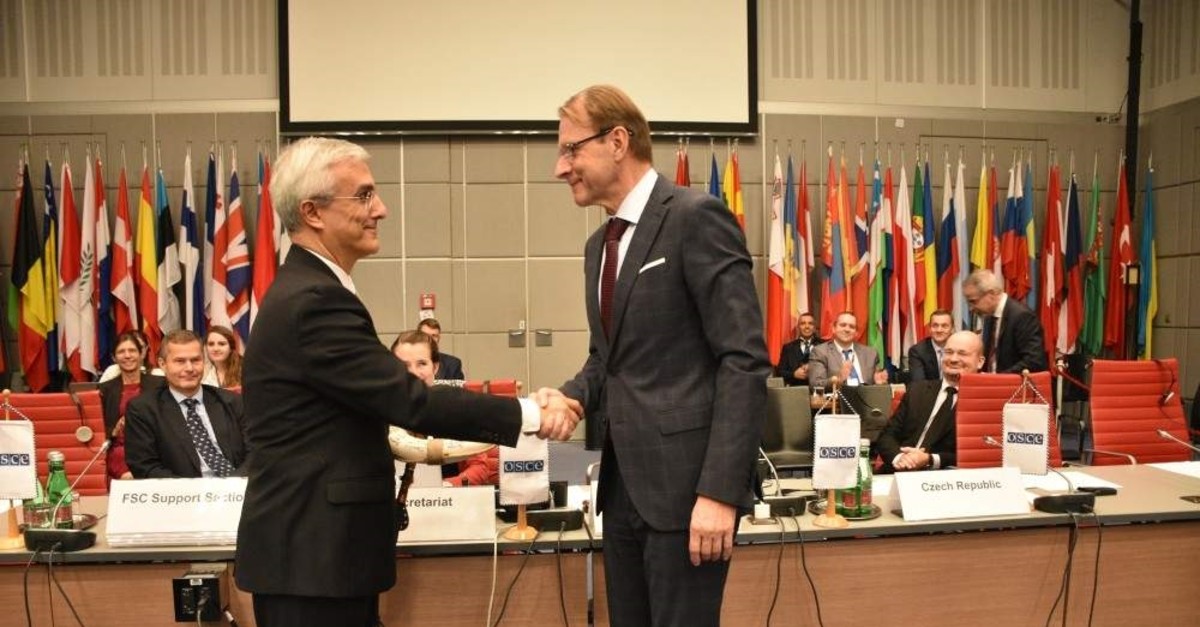 Turkey’s representative to the OSCE Rauf Engin Soysal took over the term presidency from Czechia's representative Ivo Sramek in a ceremony held in Austria's capital Vienna, according to a statement by the permanent mission of Turkey to the OSCE.

During the presidency, Turkey will aim to contribute to the security of Europe through its experience and values, a statement released by the permanent mission of Turkey to the OSCE said.

Turkey will again head the Forum for Security Cooperation from January to April 2020.

The forum, which works to increase military security and stability in Europe, is one of the OSCE's two main regular decision-making bodies.

The forum's chairmanship rotates among the OSCE participating states, with each state holding the chairmanship for four months.