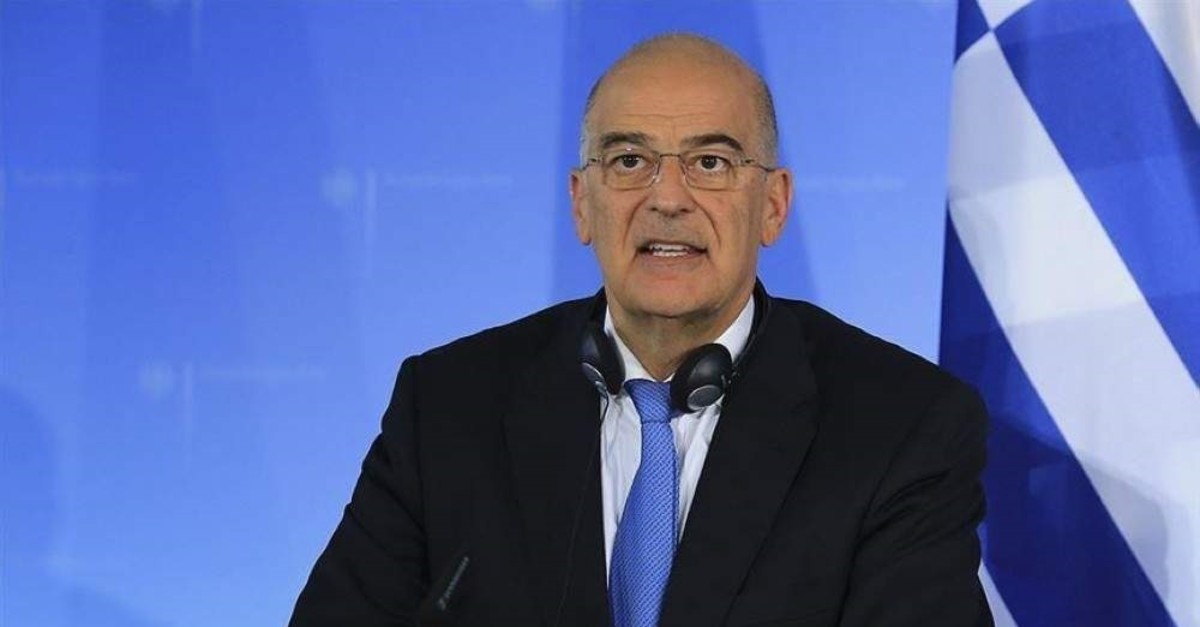 Athens says the maritime deal violates international law and the sovereign rights of Greece and other states and urged the United Nations to condemn it as "disruptive" to regional peace and stability.

The Greek foreign minister also visited Egypt and the Greek Cypriot Administration on Sunday. In Cairo, Dendias met with his Egyptian counterpart, Sameh Shoukry. Egypt has also denounced the Turkish deal with Libya.
From Cairo, Dendias set off for Cyprus, where he met with Foreign Minister Nikos Christodoulides, officials said.

"The condemnation of the Turkish actions is unanimous by all our allies and partners and this is our most powerful diplomatic weapon," Dendias told the Greek weekly Real News on Sunday.

On Nov. 27, Turkey and Libya's Tripoli-based Government of National Accord (GNA) signed a bilateral memorandum after a meeting between President Recep Tayyip Erdoğan and GNA head Fayez al-Sarraj took place in Istanbul.
The deal enables Turkey to secure its rights in the Mediterranean while preventing any fait accompli maneuvers by other regional states. The memorandum asserts Turkey's rights in the Eastern Mediterranean in the face of unilateral drilling attempts by the Greek Cypriot administration, clarifying that the Turkish Republic of Northern Cyprus (TRNC) also has rights to resources in the area. It went into effect on Dec. 8.
Fellow regional actor, Greece, did not welcome the deal and even regarded it as a violation of its own rights, though international law deems otherwise. Athens later said it would expel its Libyan envoy Mohamed Younis AB Menfi from the country in response.
Since the ousting and death of the longtime dictator, Muammar Gadhafi in 2011, two seats of power have emerged in Libya. Turkey and Qatar, as well as Italy, have been allied with Sarraj's government based in Tripoli, while Khalifa Haftar, who commands forces based in eastern Libya, is backed by France, Russia and key Arab countries, including Egypt, the United Arab Emirates (UAE) and Saudi Arabia.
On April 4, Hafter's forces launched an offensive to capture the capital Tripoli from GNA forces. Haftar's April push made early gains but has stalled on the edges of the capital in a bloody stalemate. According to the latest U.N. figures Friday, the fighting has left at least 284 civilians dead and 363 wounded since the April 4 start of the armed conflict that has forced more than 140,000 Libyans to flee their homes.
Last Update: Dec 23, 2019 12:04 pm
RELATED TOPICS