Turkey determined to not step back from Libya deal, peace in Syria 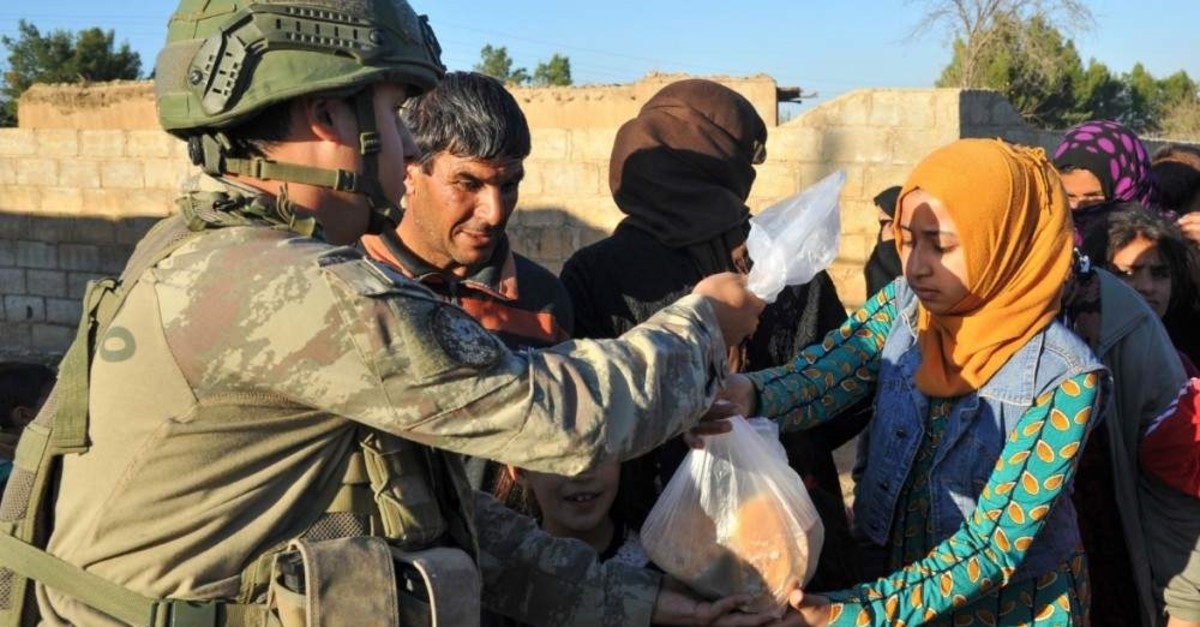 Turkey will not step back from its deal with Libya nor will it change its stance on Syrian peace, Vice President Fuat Oktay said Monday reiterating the country's stance on two critical regional issues.

“We do not regard who is trying to kill our citizens from across the border or who is turning the region into a bottomless pit but we regard what they do. Whoever is behind this terror, our struggle [against them] will continue,” Oktay said, speaking in Istanbul at an award ceremony for news footage.
There are still some who ignore that the PKK and its Syrian affiliate the YPG are terrorist organizations, he added.

He said that Turkey and Libya have the right to make joint decisions on maritime delimitations with their neighbors. “When the stability of the region is at stake, we will make the necessary military cooperation and walk with our friends,” Oktay added.

“The deal falls completely within the framework of international laws,” Akar said at an award ceremony.

He also emphasized friendly relations between Turkey and Libya throughout history, underscoring that the deal was agreed upon with the U.N.-recognized Government of National Accord (GNA) of Libya.

Turkey recently enhanced its role in the region with two steps in particular. It signed a deal with Libya on the Eastern Mediterranean and launched the anti-terror Operation Peace Spring against terrorist elements in northern Syria.

On Nov. 27, Turkey and the GNA signed a bilateral memorandum after a meeting between President Recep Tayyip Erdoğan and GNA head Fayez al-Sarraj in Istanbul. The deal enables Turkey to secure its rights in the Mediterranean while preventing any fait accompli maneuvers by other regional states.

Earlier on Oct. 9, Turkey launched Operation Peace Spring, the third in a series of cross-border anti-terror operations in northern Syria, targeting terrorists affiliated with Daesh and the YPG. Since then, Turkey reached agreements with both the U.S. and Russia to force the terrorist YPG/PKK to withdraw from the planned terror-free zone.

“Our friends track day and night that there are still terrorists in the western and eastern parts of the [Operation Peace Spring] region. Right now, a Turkish delegation is in Moscow to discuss these issues,” Akar said.
He underlined that the Turkish military has targeted terrorists and terrorist organizations only and "do not discriminate between ethnic and religious groups in the region.”

Saying that the region under Operation Peace Spring was cleared off terrorist elements, Akar continued: “The area has been secured. While works in the region continue, we have coordinated our activities with the U.S. and with deals with Russia. This coordination, especially with Russia, continues.”

Akar added that normalization efforts in the liberated areas continue. Since Turkish forces liberated Tal Abyad and Ras al-Ayn from terrorist elements, Turkey has accelerated efforts to ensure stability in the region by meeting the basic needs of war-weary locals, including those in the rural areas.

Since the area was liberated, locals have gradually returned. Meanwhile, the Turkish Armed Forces (TSK) and the Turkish Red Crescent is providing humanitarian aid in the region. Thousands of people have been given food and hygiene products and hundreds of others have been provided with medical checkups.

Many schools were also discovered to have been converted into military bases by the PKK-affiliated YPG, with some even marking the site of escape tunnels used by the terrorists. Extensive efforts have been made to repair, renovate these schools and continue educational activities.