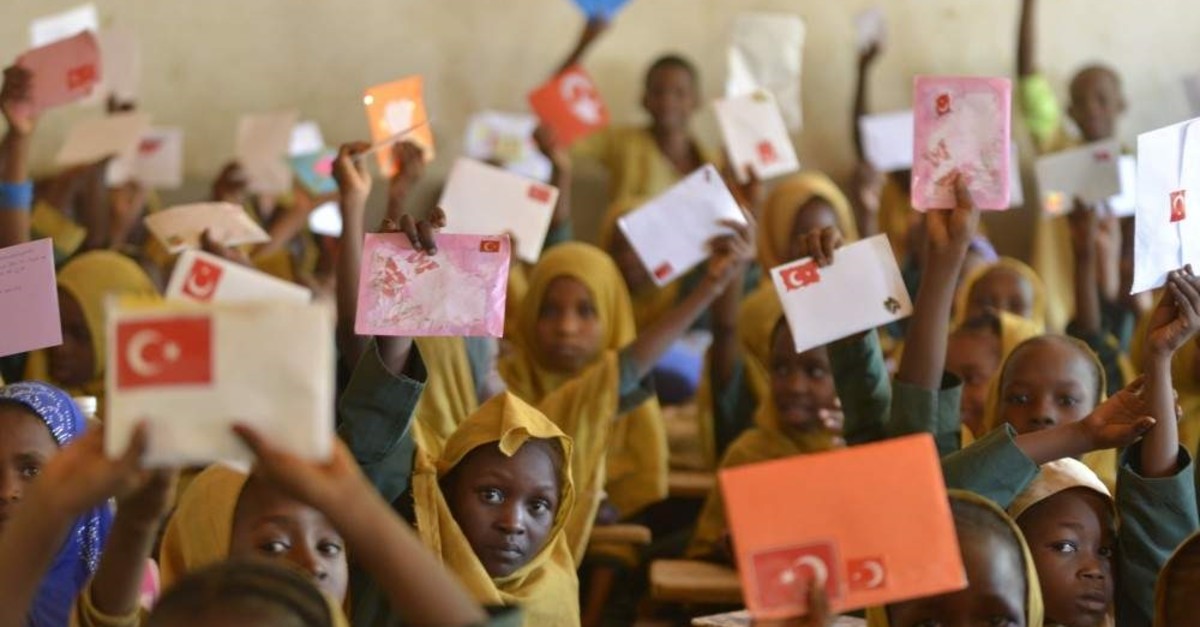 Turkish diplomats and organizations in Africa say 2019 was a positive year for Turkish-African relations as they held bilateral talks leading to more visits of delegations between their countries.

''Our bilateral relationship has been swiftly developing, particularly since the 2018 visit of President (Recep Tayyip) Erdoğan to South Africa. Throughout this year, we have seen a number of mutual visits of delegations from both Turkey and South Africa," Elif Çomoğlu Ülgen, Turkey's ambassador to South Africa, told Anadolu Agency on Monday.

Ülgen said some of the official delegations that visited Turkey from South Africa this year included technical and high-level political delegations.

''We had a high-level delegation from South Africa's Department of International Relations and Cooperation (DIRCO) that visited Turkey for preparations for the upcoming bi-national commission that will take place between South Africa and Turkey in 2020," she said.

Ülgen also revealed that another breakthrough in bilateral relations between the two countries was the meeting between South Africa's ruling African National Congress (ANC) party and Turkey's Justice and Development Party (AK Party), which met in both Turkey and South Africa this year.

The two political parties agreed to cooperate on several fronts and signed a memorandum of understanding.

The diplomat also said that South Africa sent a delegation headed by its health minister to meet with his Turkish counterpart in Ankara for talks on health cooperation.

''Indeed we are very happy with the evolving cooperation in the health sector," she said.

Ülgen further said the Turkish delegations that visited South Africa showed interest in a number of areas, including the defense industry and economic cooperation.

''From South Africa to Turkey, we have also seen an increase in the number of tourists visiting Turkey, which made us even happier. This also highlights the very important role being played by Turkish Airlines, which flies to three destinations in South Africa," she noted.

Ülgen also said the election of a new South African government in May 2019 headed by President Cyril Ramaphosa cemented their relations as President Erdoğan immediately sent him a congratulatory message wishing him and his cabinet well.

The Turkish embassy in Pretoria also held several events this year, including a commemoration of the July 15, 2016 failed coup, Victory Day and National Day. The embassy also held various seminars to promote Turkey in South Africa.

This year, Turkey and Uganda also celebrated the 50th anniversary of the establishment of diplomatic ties.

Ambassador Kerem Alp told Anadolu Agency earlier this month that relations between the two countries were at their best.

"As we celebrate the 50th anniversary of the establishment of our diplomatic relations, we have focused on a number of priorities such as enhancing trade, investment, education and humanitarian assistance and military and defense cooperation," he said.

Alp also said there were many high-level delegations visiting each other to enhance cooperation in various sectors.

Alp said the two nations exchanged a number of drafts and texts that will see increased cooperation in many fields once they are signed.

The agreements include cooperation between parliaments, labor and social services. Other areas are investment avoidance of double taxation, higher education, law enforcement, military and defense cooperation and the establishment of cultural centers, he said.

Alp said the Maarif Foundation, an educational arm of the Turkish government, and the Yunus Emre Cultural Center will open offices in the East African nation soon.

On the humanitarian front, Turkish non-governmental organizations (NGOs) continued to provide humanitarian aid to disaster-affected people in various countries on the continent, including victims of the cyclone in Mozambique and floods in Somalia.

Turkish NGOs also distributed food packages and meat to Muslims during the holy month of Ramadan.

The Turkish Cooperation and Coordination Agency (TİKA) continued to refurbish mosques, equip hospitals and provide vocational training to hundreds of youth across the continent.

The Yunus Emre Institute in Johannesburg meanwhile continued to teach people the Turkish language and other courses such as calligraphy that introduced them to Turkish culture. They also brought South African students for summer school in Turkey.