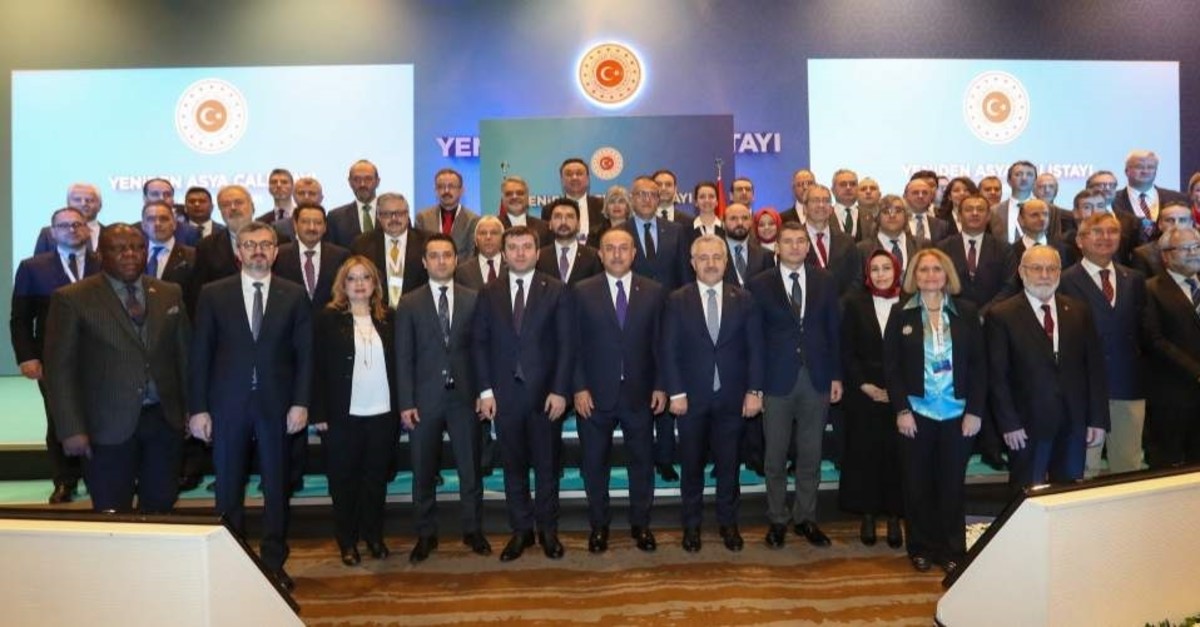 Relations with the rising most populated continent will be enhanced not only in economic fields but also in diplomatic and cultural fields, said Foreign Minister Mevlüt Çavuşoğlu on Thursday, adding that a get-together will be organized with ambassadors of Asian countries soon, within the scope of Turkey's Asia Anew initiative.

"We will continue to participate in the European integration process on one side and will protect our key position in the world's strongest alliance, NATO," Çavuşoğlu stated during a workshop on Asia Anew.

The workshop, which is held with the participation of several academics and think-tanks, aims to exchange ideas, evaluate the dynamics of the continent and enable Turkey to take advantage of the opportunities in Asia.

Indicating that Japan, Indonesia, and even Australia and the pacific islands have to be considered part of Asia, Çavuşoğlu stated: "Asia is the most populous continent. Asia has the biggest cities. Half of the world's middle class lives in Asia. Whether demographically or in terms of development, markets will expand the most in Asia."

Turkey, adopting a multidimensional foreign policy, is taking firm steps toward new regions, one of which is Asia. Yet, Turkey is not starting its relations with the continent from scratch. It already has 32 embassies in Asia, including in all of the 10 Association of Southeast Asian Nations (ASEAN) countries.

"We have created an active mechanism on a line extending to the top-level of bureaucracy in Ankara starting with our ambassadors' fieldwork and guidance. We received insight from our ambassadors and came together with the relevant institutions headed by our deputy minister.

The new initiative was officially announced in August by the Foreign Ministry when the 11th ambassadors' meeting took place in the capital province of Ankara to improve ties with Asian countries in different regions that would include cooperation in education, the defense industry, investments, trade, technology, culture and political dialogue.

The president further stressed the fact that Turkey did not change its course and did not seek new strategic targets but rather aimed to consolidate its strategic and connective place between Europe and Asia.

"Just as in every other part of the world, Asia is also not immune to conflicts and crises. Internal conflict, religious and ethnic clashes, the migration crisis, terrorism, and deep-rooted bilateral problems are also found here. With experience and sensitivity in humanitarian and mediation issues, Turkey will continue to provide constructive contributions in overcoming these problems," the minister added.

Speaking at the same event, Deputy Foreign Minister Yavuz Selim Kıran stated: "Asia Anew will constitute one of the most important initiatives of next year. We took significant steps in issues concerning the continent in the last 10 years." The deputy minister also pointed out that Asia bears the world's greatest potential.

"Asians were the giants of the 18th century, Europeans of the 19th, the 20th century were times shaped by America. The 21st century, however, will form as a century directed by Asia Anew," Çavuşoğlu said.
RELATED TOPICS