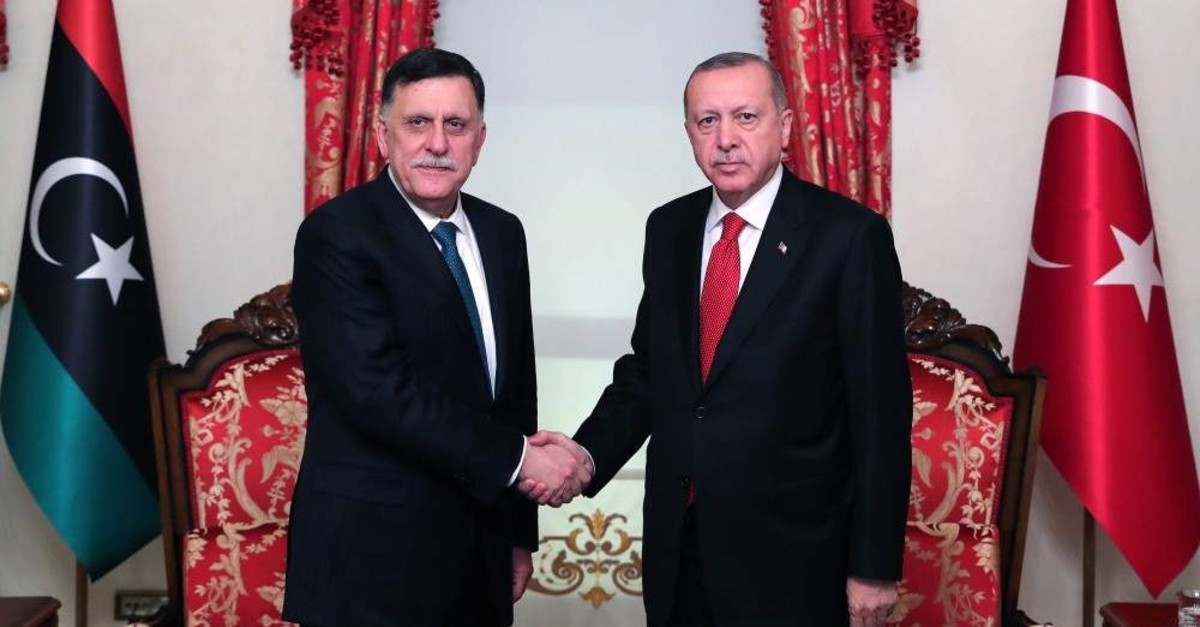 "Even if there are ground soldiers, it [Turkey's possible military support] does not mean any harm. It will help the Libyan people with the security and stability of the country," Abdurrazaq Mukhtar Ahmed Abdulgader told Anadolu Agency in Ankara, Turkey's capital, following a panel on Libya.

The ambassador said Turkey's possible military support to Libya will be for the benefit of the Libyan people.

"When Turkey needed help during the Cyprus issue, Libya was one of the countries that supported it," he said, adding that Turkey also answered Libya when it needed help.

Abdulgader underlined that Turkey and Libya are not only friendly nations but also brothers.

The country's interior minister said Thursday that Tripoli will ask Turkey for military support if the fight over the capital escalates.

In response to the country's invitation, President Recep Tayyip Erdoğan said earlier Turkey will introduce a bill to send troops to Libya as soon as Parliament resumes.

The military mandate to send troops to Libya will be on Parliament's agenda when it resumes early January. He reiterated Turkey's determination to provide the necessary assistance to the Tripoli administration, which he said is fighting against "putschist commander Haftar, supported by various European, Arab countries."

Last month Turkey's Parliament approved a security and military deal with Libya's GNA. The deal went into effect Thursday after it was published in the Official Gazette.

The aim is to help the GNA "face aggression against the Libyan capital... by any armed group operating outside the legitimacy of the state, to preserve social peace and achieve stability in Libya," he said.

Al-Sarraj also called for help to battle Daesh and al-Qaida, saying Haftar's offensive had given the terrorist groups "the appropriate opportunity and environment" for a resurgence in Libya.

Following the GNA's announcement over Turkey, the U.N. mission in Libya, UNSMIL, renewed its call for a political solution to the conflict.

Since the ousting and death of the longtime dictator, Muammar Gadhafi in 2011, two seats of power have emerged in Libya. Turkey, Qatar and Italy have been allied with Sarraj's government based in Tripoli, while Haftar, who commands forces based in eastern Libya, is backed by France, Russia and key Arab countries, including Egypt, the United Arab Emirates (UAE) and Saudi Arabia.

As the tension keeps growing in Libya, various international actors direct their focus on the war-torn country.

U.S. President Donald Trump and Egypt's Abdel Fattah el-Sissi agreed in a phone call on Thursday that they reject "foreign exploitation" in Libya and urged parties to the conflict to take "urgent steps" to resolve the fighting, the White House said.

In another phone call, Russian President Vladimir Putin and Italian Prime Minister Giuseppe Conte agreed Thursday that the situation in Libya must be resolved in a peaceful way, the Kremlin said.