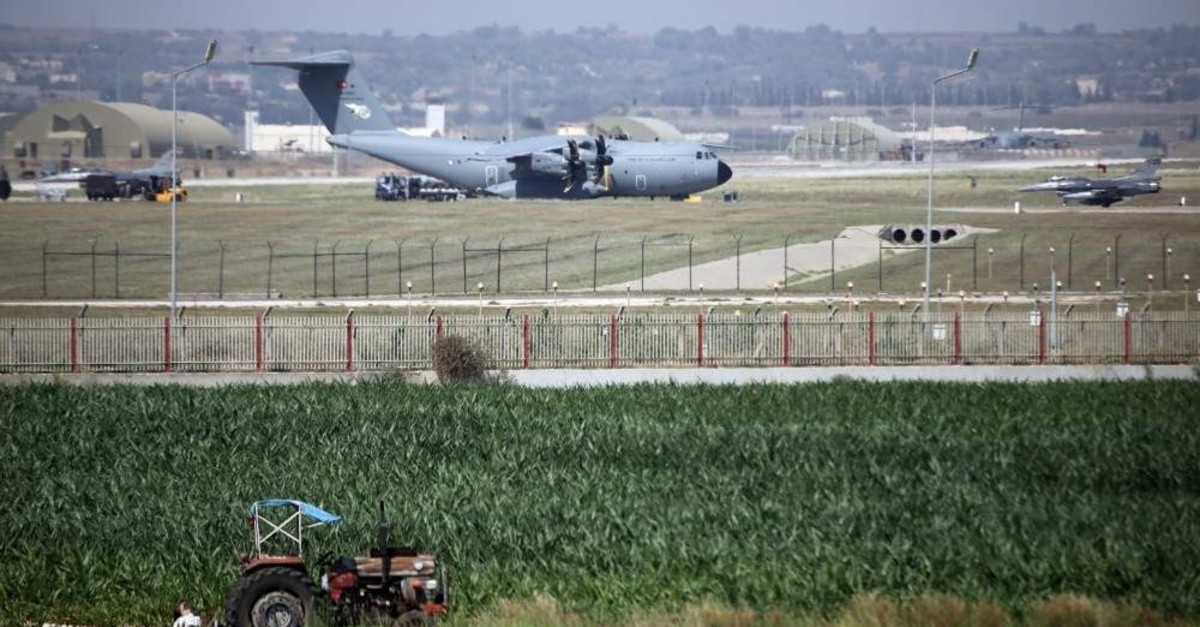 Despite the personal rapport often shared by their leaders, Turkey and the U.S. are currently at odds over a number of issues, but U.S. interest in bases on Turkish soil endures, according to a foreign policy analyst.

"The friction in the Turkish and American bilateral relations paved the way for a period in which both sides confront one another with their trump cards," Oytun Orhan, a political analyst and researcher at the Center for Middle Eastern Strategic Studies (ORSAM) in the Turkish capital Ankara, told Anadolu Agency.

The U.S. Congress is currently trying to pressure Turkey with sanctions over a number of recent choices it made, including purchasing a Russian S-400 missile defense system, launching its anti-terror Operation Peace Spring in northern Syria this October, rejecting the congressional recognition of Armenian claims over the incidents of 1915 and blasting U.S. support for the terrorist PKK's Syrian offshoot, the YPG.

In response to the U.S. moves, Turkey recently announced it "might" consider shutting down two key military bases located in southeastern Turkey that play an important role in NATO and the U.S. missions and operations in the Middle East.

Orhan said Turkey's anti-terror campaign in northern Syria against the YPG triggered resentment in the U.S. that transformed into sanction threats and deepening political tension.

Turkey long argued against U.S. ties with the YPG/PKK to fight Daesh, arguing that using one terrorist group to fight another made no sense. In its 30-year terrorist campaign against Turkey, the PKK took over 40,000 lives.

Orhan emphasized that Incirlik is one of the key elements of bilateral relations and he does not expect the base to be closed in the short term due to deep-rooted political ties.

If Incirlik was closed, the "operational capability of the U.S. in the Middle East would be hobbled," he said.

Despite the U.S. seeking alternative airbases, they do not have the upper hand here, he added.

"The military bases in Irbil (northern Iraq) were used in recent operations, but they are far from providing the opportunities offered by Incirlik Air Base," he said, explaining that these bases are not close enough to the Mediterranean Sea and their logistic capabilities fall short.

Citing a Dec. 23 U.S. statement saying that Turkish companies were awarded $95 million to upgrade U.S. facilities in the country, he said Washington clearly has not lost interest in the airbases.

Turning to Turkish-NATO relations, Orhan said Turkey has been critical of the recent NATO attitude on Turkish policies, saying that they fail to live up to "the spirit of alliance."

He ruled out any claims of Turkey and the alliance parting ways.

He explained that serious differences of opinion divide heavyweights in NATO, and transatlantic relations have faced tough times, with Berlin and Paris raising objections to the U.S., the alliance's main financial provider.

It is necessary to gauge whether the recent political escalation between the U.S. and Turkey is a structural or periodic issue, he said, arguing that the U.S. partnership with the terrorist group PKK/YPG led to emotional reactions by both Washington and Ankara.

The U.S. is unlikely to abandon ties with Turkey, he added, as this would lead to further Russian influence in the Caucasus, Balkans and the Middle East.

Orhan concluded the world political stage has seen a change in recent years following the end of the bipolar world order.

"The world is moving towards a multipolar order, with regional actors following more independent policies that occasionally cause political escalation with global powers. We should not expect a fully stable process like in the old days," he said.

Located in Turkey's Adana province just 110 kilometers from the Syrian border, Incirlik Air Base has been a strategic element since its establishment in 1954 as it played major roles during the Cold War, the 1990-1991 Gulf War and the U.S.-led Operation Inherent Resolve targeting Daesh elements in Syria and Iraq.

Kürecik, a radar station located in Malatya province, was used for three decades until the 1991 breakup of the Soviet Union for NATO to counter ballistic missiles. What makes it vital for NATO – which Turkey has been a member of for nearly 70 years – is that the AN/TPY-2 radar (Army/Navy Transportable Surveillance) deployed in Kürecik can shield ballistic missiles fired from Russia and Iran to protect NATO members.

In 1974, after Turkey's Peace Operation to save Turks on the island of Cyprus from ethnic violence, the U.S. slapped sanctions on Turkey. In retaliation, Ankara moved to cut off access to bases on its soil. Incirlik remained open for NATO responsibilities only, meaning that it could not be used by any other member of the alliance, including the U.S.

In 1978, the base went operational again after the U.S. Congress lifted its embargo on Turkey.

From a military perspective, Incirlik, due to its geographical location, offers two significant advantages for troops and jets stationed there: time and fuel.

In addition, the location of the airbase enables fighting elements to take action immediately and strike targets with pinpoint accuracy in short order, leaving enemies with little or no time to escape.

Thus closure of the base might damage Turkey-U.S. ties significantly and prompt even closer ties between Turkey and Russia, which sold its S-400 system to Ankara after the U.S. declined to sell its Patriot defense system.