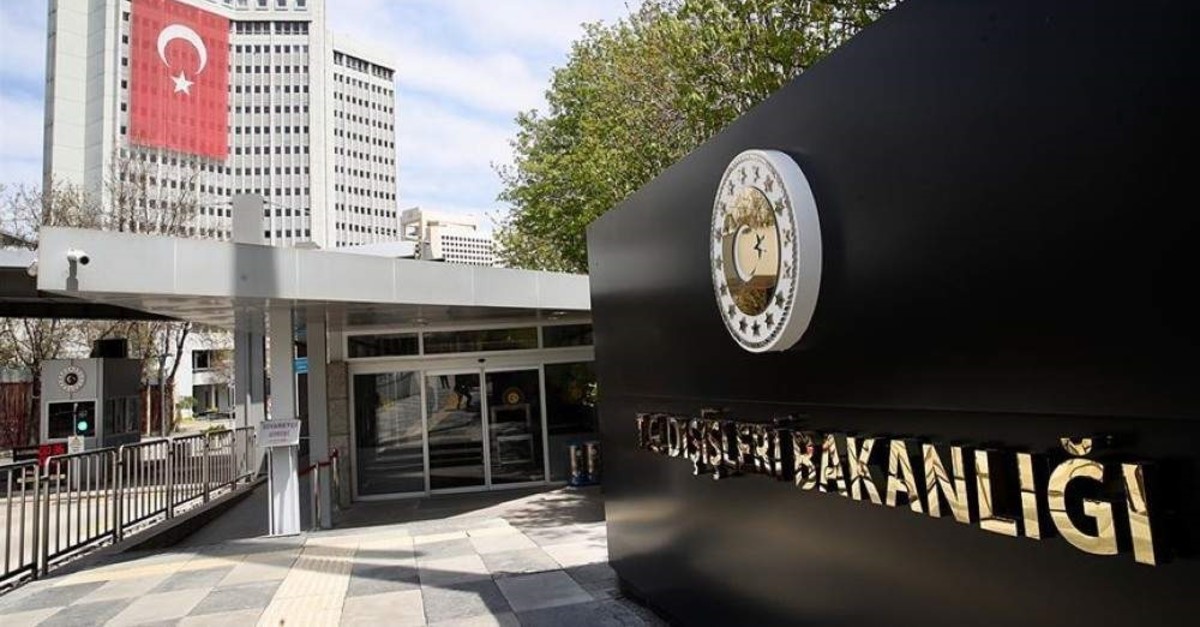 | AA Photo
by Daily Sabah with Agencies Jan 03, 2020 4:56 pm
Turkey's Foreign Ministry on Friday expressed concern over the escalating tensions between the U.S. and Iran following the U.S. airstrike that killed Iranian Gen. Qassem Soleimani.
In a statement, the ministry said increasing hostilities in Iraq would destabilize the Middle East and hamper peace efforts, calling the U.S. attack a move that would increase instability and violence in the Middle East.
“Turkey has always been against foreign interventions, assassinations and sectarian clashes in the region. We call upon all parties to show restraint and act responsibly, avoiding moves that can threaten the peace and stability in the region,” the statement read.
Speaking to Daily Sabah, Presidential Communications Director Fahrettin Altun said Soleimani’s killing “posed a threat against regional security and stability."
"‪All parties must refrain from any steps which may place at risk the peace and stability of the region, starting with our neighbor, Iraq.‬ Violence begets violence and hurts the interests of all sides – without exception. We call on all parties to exercise common sense,” he added.
Presidential Spokesperson İbrahim Kalın said Turkey called on all sides to remain calm and avoid steps that would fuel tensions, adding that Ankara would continue to use diplomacy to achieve regional, global peace.
Ruling Justice and Development Party (AK Party) spokesman Ömer Çellik also urged all parties to show restraint.
“The security and stability of Iraq is of vital importance to Turkey and to the region. The actions that will cause instability in Iraq are detrimental to the entire region,” he said.
The U.S. killed Iran's top general, Gen. Qassem Soleimani, the head of Iran's elite Quds Force, in an airstrike at Baghdad International Airport early Friday, an attack that threatens to dramatically stoke tensions in the region.
Khamenei said harsh revenge awaited the “criminals” who killed Soleimani and said his death would double resistance against the United States and Israel.
Iran’s Supreme Leader Ayatollah Ali Khamenei threatened to retaliate after the strike, saying harsh revenge awaited the “criminals” who killed Soleimani and that his death would double resistance against the United States and Israel.
In statements carried by state media, he called for three days of national mourning and appointed Soleimani’s deputy, Brig. Gen. Esmail Ghaani, to replace him as Quds Force head.
Last Update: Jan 03, 2020 5:58 pm
RELATED TOPICS