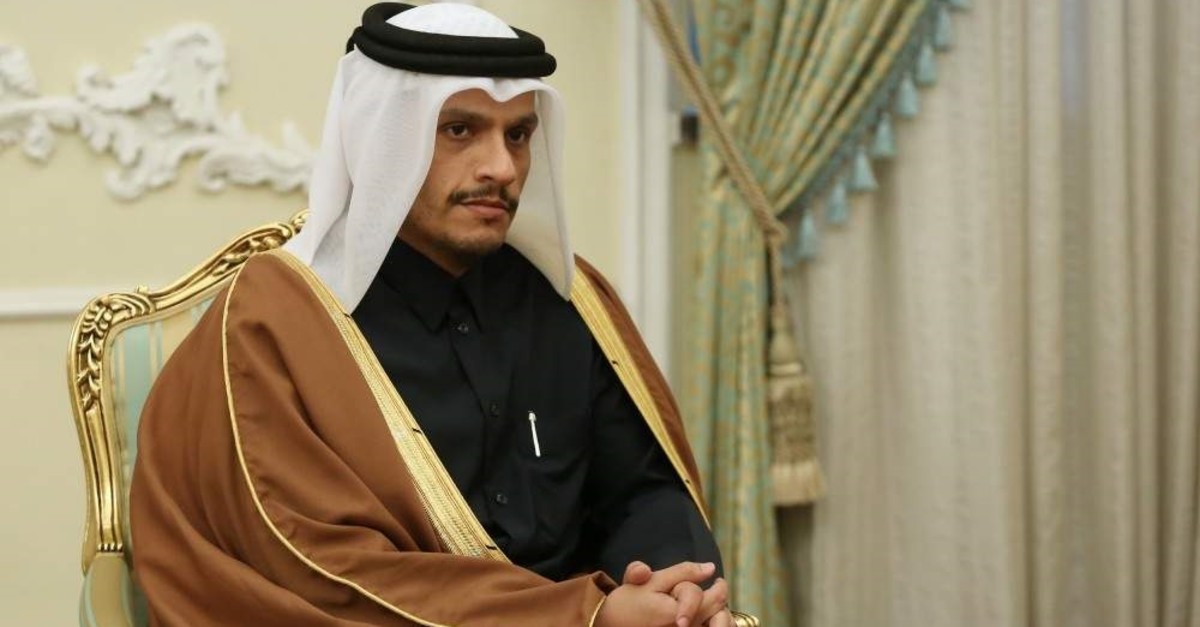 Speaking to London-based Al-Araby Al-Jadeed and Lebanon-based Al-Mudun, Al Thani evaluated the rising tension between the U.S. and Iran, regional developments and bilateral relations between Qatar and Turkey.

"Turkey is one of the leading countries that we prioritize our relations. We are in a consensus about many issues that we share the same political opinion on. One of them is to assist the Syrian people," the minister said underlining the strength of strategic and multidimensional relations between the two countries, including cooperation in areas of security, defense, trade and economy.

"Turkey has taken responsibility regarding the Syrians near its borders and faced security issues due to the fall of stability in Syria. Qatar sides with Turkey on this issue," Al Thani said, adding that Qatar aims for the conflict to be de-escalated, people's interest to be provided and a political solution to be reached with a peaceful transformation in Syria.

"Turkey also shares the same opinions with us, but they have some security issues concerning their national security. However, these do not affect strong relations between our two countries," he added.

Reiterating Turkey's supportive stance when Qatar faced a crisis with some other Arab countries, Al Thani said: "Turkey exhibited an honorable stance siding with Qatar since the breakout of the Gulf Crisis. Turkey at the same time has supported the people of Qatar in a very tough time when our neighbors acted against us and some other countries left us alone as a result of political pressure. Therefore, we will never forget this stance and we will side with them in the face of any difficulty."

A Saudi-led bloc including the United Arab Emirates, Bahrain and Egypt cut all diplomatic and transport links with Qatar in June 2017 over allegations that it backed radical groups and sought closer ties with the Saudi's regional archrival, Iran. Doha vehemently denies the charges.

Touching upon the recent tension between the U.S. and Iran due to the assassination of top Iranian commander Qasem Soleimani, Al Thani said that Qatar has extended its best efforts to de-escalate the situation.

The Iranian general's slaying marked a dramatic escalation in tensions between the U.S. and Iran, which have often been at a fever pitch since U.S. President Donald Trump chose in 2018 to unilaterally withdraw Washington from a nuclear pact that world powers struck with Tehran.

The Pentagon accused Soleimani of plotting an attack on the U.S. Embassy compound in Baghdad and planning to carry out additional attacks on U.S. diplomats and service members in Iraq and the region.

Al Thani also mentioned the Libya conference, which is planned to be held this month in Berlin. Al Thani said Qatar will continue supporting the political solution process even if they are not invited to Berlin.