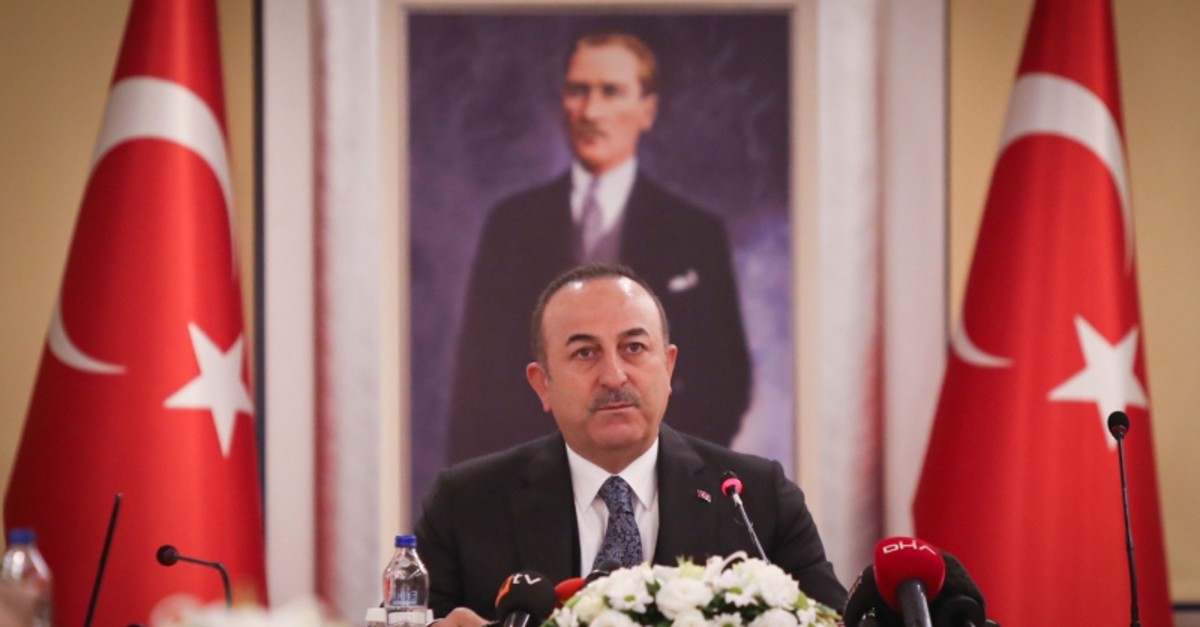 Turkey has been trying to reduce tensions in the region through diplomatic channels, Foreign Minister Mevlüt Çavuşoğlu said Monday, as the U.S. and Iran continue to exchange threats to retaliate against one another following the killing of an Iranian commander in Iraq.

The foreign minister noted that Russian President Vladimir Putin, who will arrive in Turkey Wednesday for the launching ceremony of the TurkStream pipeline project, will also discuss regional developments with President Recep Tayyip Erdoğan.

“We also continue to keep in touch with Iraq and will do our best to reduce the spiral of violence,” Çavuşoğlu said.

In response to a question about if Turkey would act as a mediator in the U.S.-Iran conflict, Çavuşoğlu said Turkey will continue efforts in this regard. He noted that he has spoken with his U.S. counterpart Secretary of State Mike Pompeo and has given suggestions to reduce tensions.

“The U.S. says it does not have any preconditions for dialogue but Iran opposes it under the scope of existing sanctions against it,” Çavuşoğlu said, adding that Turkey would contribute to establishing direct contact between the U.S. and Iran as they do not prefer having a mediating actor.

“The president will also continue to contribute in this regard,” he added.

The U.S. killed Iran's top general, Gen. Qassem Soleimani, the head of Iran's elite Quds Force, in an airstrike at Baghdad International Airport early Friday, an attack that threatens to dramatically stoke tensions in the region.

Iran’s Supreme Leader Ayatollah Ali Khamenei threatened to retaliate after the strike, saying harsh revenge awaited the “criminals” who killed Soleimani and that his death would double resistance against the United States and Israel.

In statements carried by state media, he called for three days of national mourning and appointed Soleimani’s deputy, Brig. Gen. Esmail Ghaani, to replace him as Quds Force head.

Çavuşoğlu continued by saying that one of the main causes of concern in Idlib, Syria, is the Assad regime’s continuous aggression.

“Over 100 civilians lost their lives in the past week, and 300,000 Syrians fled the city. There are currently 100,000 Syrians heading toward Turkey,” the foreign minister said.

Çavuşoğlu also noted that the amount of humanitarian aid provided by Turkey has reached $8.6 billion in 2019.

Regarding the conflict in Libya, Çavuşoğlu said there will be no winner in the war.

“I told U.N. Secretary-General Antonio Guterres last night that if we do not stop it now the war will be prolonged especially if it is carried into Tripoli, which would result in the deaths of masses,” Çavuşoğlu said.

Since the ousting of late leader Muammar Gaddafi in 2011, two seats of power have emerged in Libya: Haftar in eastern Libya supported mainly by Egypt and the UAE, and the Government of National Accord (GNA) in the capital Tripoli, which enjoys U.N. and international recognition.

Libya's GNA recently made a formal request for Turkish military support for "air, ground and sea" to help fend off an offensive by Gen. Haftar's forces, who are attempting to take control of the capital Tripoli. Turkey supports the U.N.-backed government against the militia and mercenaries of the latter self-proclaimed military chief.

Haftar announced Dec. 12 that he ordered militants to launch a "decisive battle" to capture the city.

Turkey's Parliament passed a motion allowing the deployment of troops in Libya for one year to respond to threats from illegitimate armed groups and other terror groups targeting both countries' national interests.