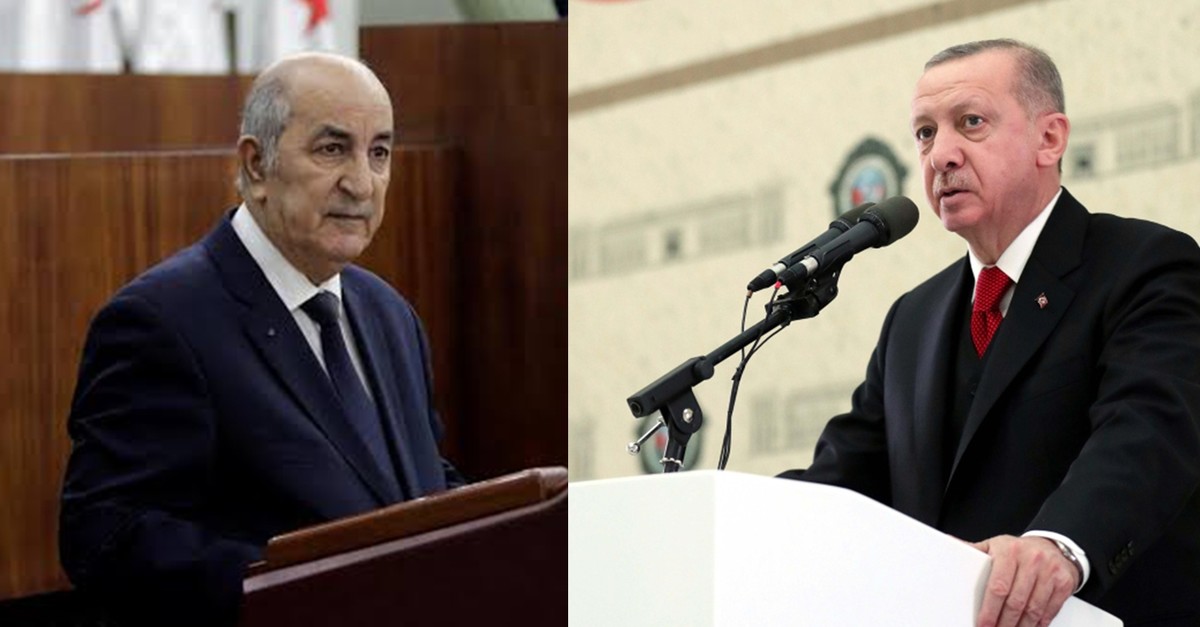 "I know our friend Turkey is a great state and relations between Turkey and Algeria are very close," Tebboune said, adding he was pleased to welcome Çavuşoğlu.

Çavuşoğlu in a statement on Twitter underlined that both countries were determined to improve relations, going on to say that Turkey's investment in Algeria ranked first at $3.5 billion dollars and both countries would collaborate to increase tourism and cultural exchanges.

Prior to his meeting with the president, Çavuşoğlu met his Algerian counterpart Sabri Boukadoum and Prime Minister Abdelaziz Djerad.
RELATED TOPICS