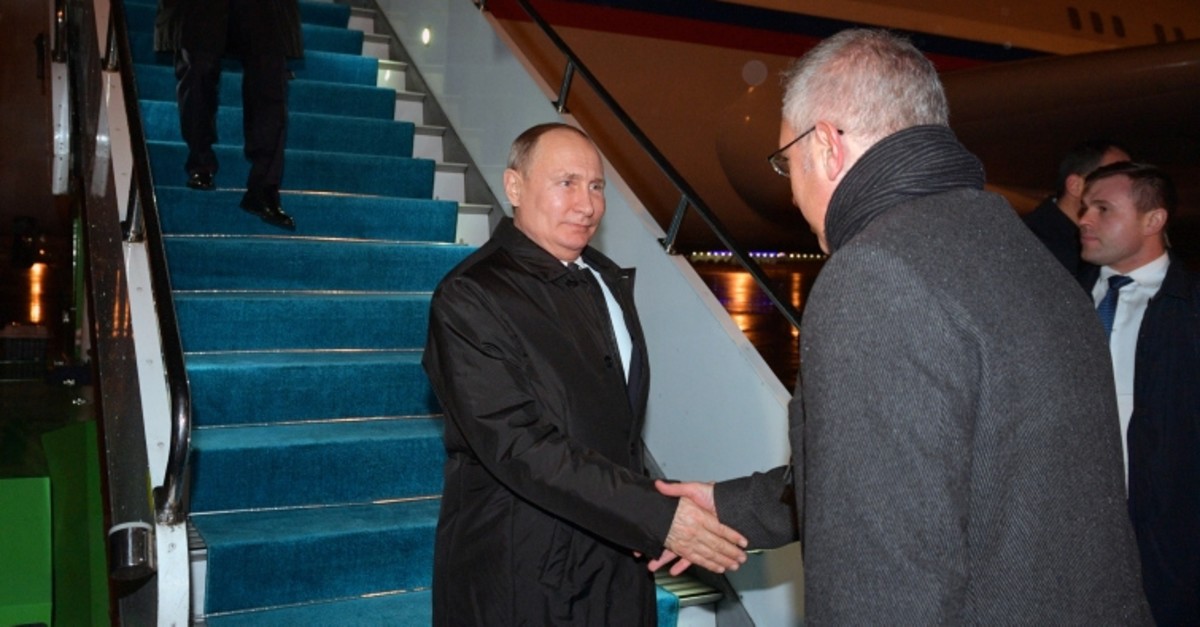 Russian President Vladimir Putin and Defense Minister Sergei Shoigu disembark from a plane upon their arrival at an airport in Istanbul, Turkey January 7, 2020. (Sputnik/Alexei Druzhinin/Kremlin via Reuters)
by daily sabah Jan 07, 2020 10:13 pm

The Russian president will also hold bilateral talks with President Recep Tayyip Erdoğan. Several hot topics are expected to be on the agenda, including the situation in Libya and Turkey's plans to deploy its military to the north African nation to support the internationally-recognized government amid a brutal offensive by rival forces loyal to commander Gen. Khalifa Haftar, who is based in the country's east.

Another important subject will include the indiscriminate assault by the regime of Bashar Assad, Moscow's ally, on the northwestern Syrian province of Idlib. Civilians are continuing to flee to areas near the Turkish border amidst further attacks. In September 2018, Turkey and Russia agreed to turn Idlib into a de-escalation zone in which acts of aggression would be expressly prohibited. Since then, over 1,300 civilians have been killed in attacks by the regime and Russian forces in the de-escalation zone as the cease-fire is persistently violated.

"We stand by Turkey's efforts to stop this senseless violence [in Idlib]. Putin should listen to Erdoğan in their meeting on January 8 to end the violence now," the U.S. Embassy in Syria tweeted minutes before Putin's arrival in Istanbul.

Earlier Tuesday, Putin made a surprise visit to Damascus for talks with Assad.