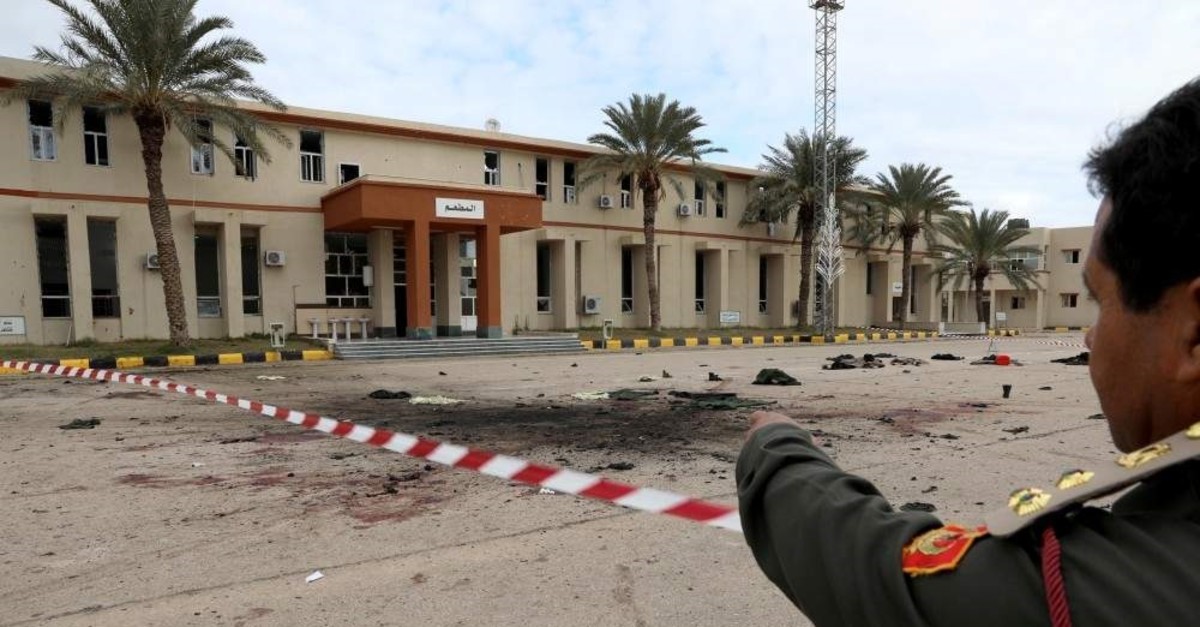 A member of security forces of the Government of National Accord (GNA) gestures as he inspects the site of an attack on a military academy in Tripoli, Libya Jan. 5, 2020. (Reuters Photo)
by daily sabah Jan 09, 2020 10:44 am