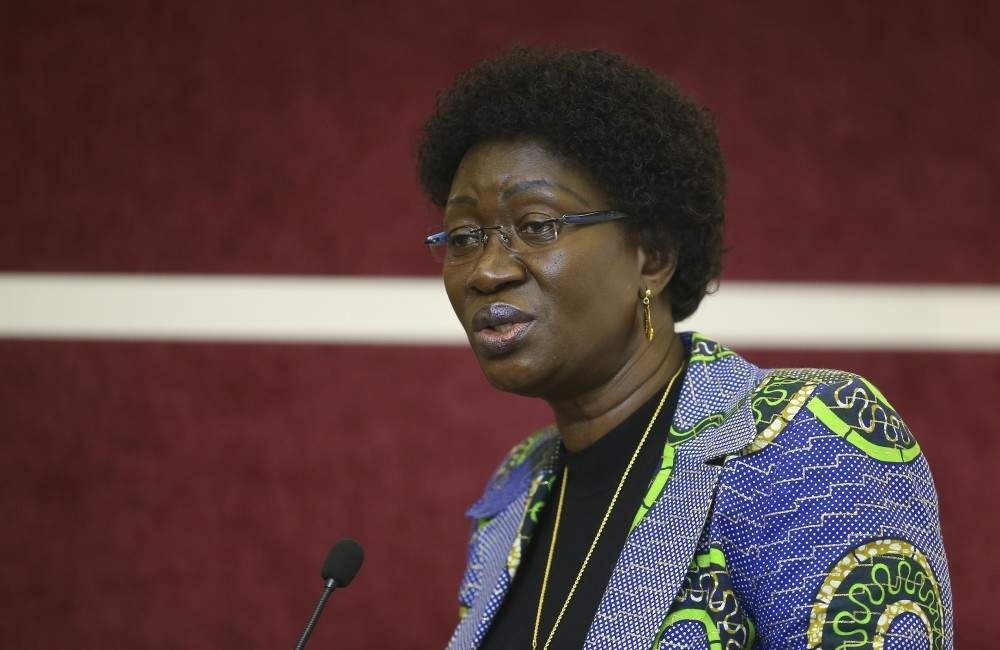 Speaking to Daily Sabah, Acuil said, "I am here today to deepen our relations. We have signed four agreements with Turkey, that include different areas with many projects involving schools, health and agriculture."

The visit was the first foreign ministry level visit to Turkey from South Sudan after it gained independence in 2011. It is also expected that Foreign Minister Mevlüt Çavuşoğlu will visit South Sudan by the end of 2020.

Acuil stressed Turkey's constructive role in Africa and said Ankara has an important place both in South Sudan and the continent. She also invited Turkey to invest in the country and to share the knowledge and expertise needed in South Sudan, which has rich natural resources including oil, gold, mining, natural gas, agriculture and fisheries. "We do not even use fertilizers, our soil is rich," she said.

Acuil further underlined that there are currently strong relations between the two countries, as Turkish people have friends and property in the country as well as other institutions. "We have an embassy in South Sudan and we have [the Turkish Cooperation and Coordination Agency] TİKA as well as other Turkish agencies," Çavuşoğlu said.

When asked about the current Libyan crisis in the region, Acuil said, "The issue of Libya is a regional problem that has to be handled by the region. It is important that the African Union looks at Libya, what is best for it, and I think that a political solution for Libya is going to be key. The role of Turkey to help find a political solution with other actors will be important."

Libya's Government of National Accord (GNA) recently made a formal request for "air, ground and sea" support from the Turkish military to help fend off an offensive from the forces of Gen. Khalifa Haftar, who is attempting to take control of the capital, Tripoli. Turkey supports the U.N.-backed government against the militia and mercenaries of the latter self-proclaimed military chief while some other regional countries including the United Arab Emirates, Saudi Arabia and Russia support the warlord Haftar.

Regarding Sudanese mercenaries fighting beside Haftar in Libya, the minister stated, "This is an issue concerning Sudan."

President Recep Tayyip Erdoğan had stated this week during a broadcast interview with CNN that there were currently 2,500 troops from Russia's Wagner paramilitary group and 6,000 troops from Sudan in Libya.

During her visit to Turkey this week, Acuil has met with Çavuşoğlu and held a joint press conference where bilateral relations were further elaborated and she participated in a panel organized by the Institute of Strategic Thinking (SDE) on South Sudan.

Çavuşoğlu had indicated that political relations were good with South Sudan but that there is still a lot to do in different fields. Highlighting that both countries have great potential especially in terms of trade volume, Çavuşoğlu said, "What is important is to utilize these riches. For this means, we will provide every kind of support to South Sudan, including experience sharing."

Turkey's multidimensional foreign policy has led it to seek cooperation and open itself up to previously neglected regions, one of which is the African continent, which is close both geographically and in terms of historic relations. Turkey is sharing its own historical experience, its social, political and cultural savings, its resources and means with African governments and people within the principle of "African solutions to African problems," and on the basis of mutual benefit.