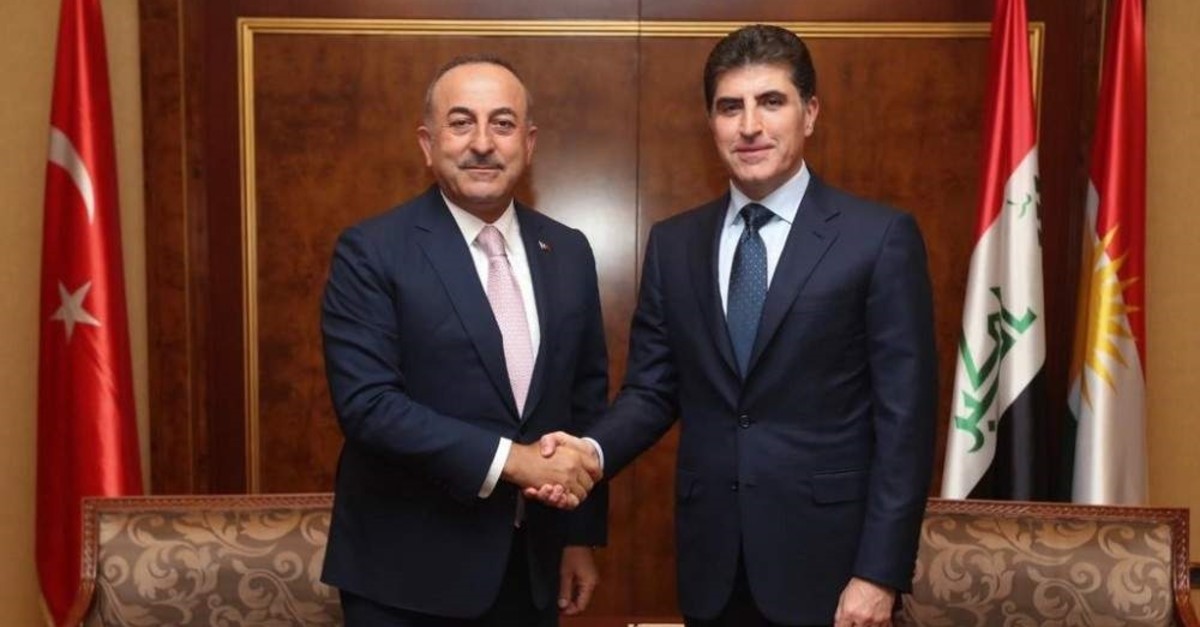 Foreign Minister Mevlüt Çavuşoğlu spoke on the phone with Iraqi Kurdish leaders Thursday on regional developments, particularly the tensions between the U.S. and Iran.

Çavuşoğlu underscored Turkey's support for Iraq, saying it has always stood by the Iraqi people and always will. Bilateral relations were also discussed.

The phone call between Çavuşoğlu and Barzani came amid heightened tensions between the U.S. and Iran since the killing of an American contractor late last month at a U.S. base in Iraq.

The U.S. retaliated with airstrikes on the Iran-backed militia it said was responsible for the attack, killing dozens.

The U.S. Embassy in Baghdad was then attacked on Dec. 31 by a group of enraged militiamen and demonstrators.

Soleimani was killed in a U.S. drone strike outside Baghdad International Airport early last Friday along with Abu Mahdi al-Muhandis, the senior commander of Iraq's Hashd al-Shaabi force, and eight others.

The U.S. claimed that if the airstrike that killed Soleimani was not carried out, hundreds more American lives would have been lost.

On Wednesday, the IRGC launched more than a dozen ballistic missiles against U.S. military and coalition forces in Iraq.

Iranian Foreign Minister Javad Zarif said Tehran had "concluded proportionate measures" in response to the killing of Soleimani, adding that Tehran is not looking for a war with the U.S.