President Erdoğan to visit Germany for Libya talks on Jan. 19 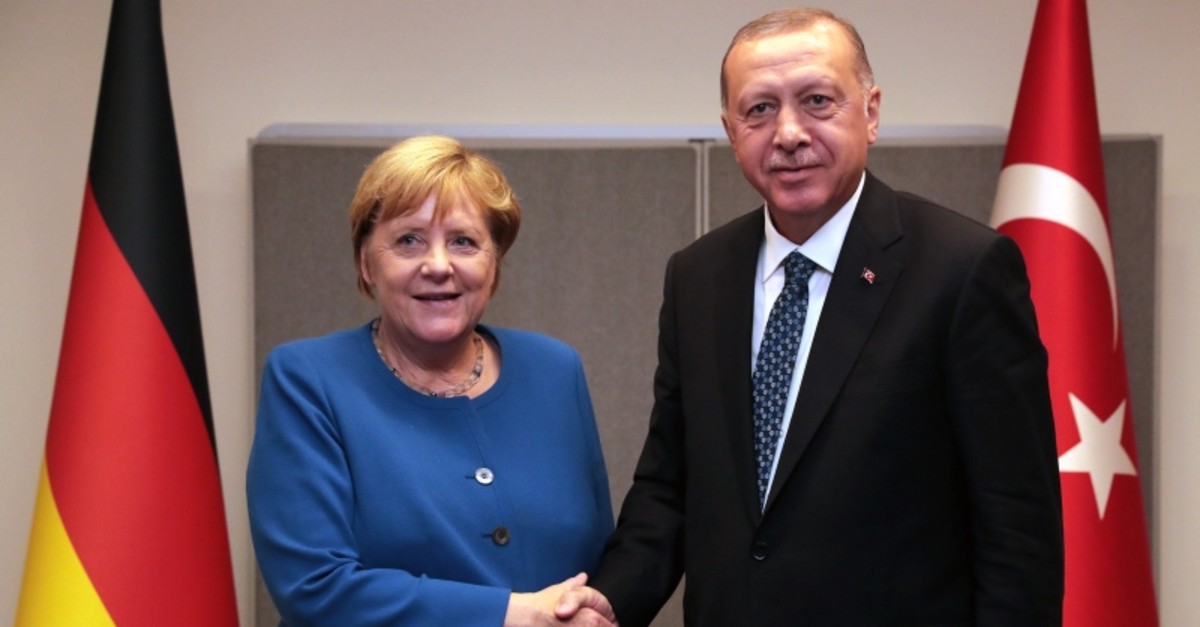 |IHA Photo
by Daily Sabah Jan 13, 2020 5:30 pm
President Recep Tayyip Erdoğan is expected to pay a one-day visit to Berlin on Jan. 19 to attend the Berlin Conference on Libya, the Presidency said Monday.

The Presidency did not give further details about the trip. However, Erdoğan's planned visit coincides with the day Germany plans to host a peace summit to restore order to the conflict-ravaged north African nation, a government spokesman said earlier Monday, amid a whirlwind of diplomatic efforts to push for an end to the crisis.

"The preparation for such a conference is ongoing. It should, in any case, take place in January here in Berlin," said Steffen Seibert. The spokesman said he could not provide a firm date as yet, but confirmed that Sunday, Jan. 19 was a possible option.

Berlin's confirmation came after a series of talks by parties likely to attend any such summit.

On Saturday, Chancellor Angela Merkel visited Russian President Vladimir Putin in Moscow where both parties – mediators in the crisis – called for international efforts to end the strife in Libya. Merkel said that the United Nations would lead talks if a meeting were to take place in Berlin. She said Libya's warring parties would need to play a major role if a solution was to be found.

She added the aim was to give Libya the chance of becoming a sovereign and peaceful country. Merkel also spoke with Egypt's Abdel-Fattah el-Sissi on the issue on Monday, according to the Egyptian government.

Following talks between presidents Putin and Erdoğan in Istanbul, Turkey and Russia on Wednesday called jointly for an end to hostilities, normalization of life in Tripoli and other cities, and U.N.-brokered peace talks.

The heads of Libya's warring sides were set to meet in Moscow later Monday to sign a cease-fire deal, raising hopes of an end to the fighting that has wracked the oil-rich North African country since a 2011 NATO-backed uprising killed longtime dictator Moammar Gadhafi.
RELATED TOPICS