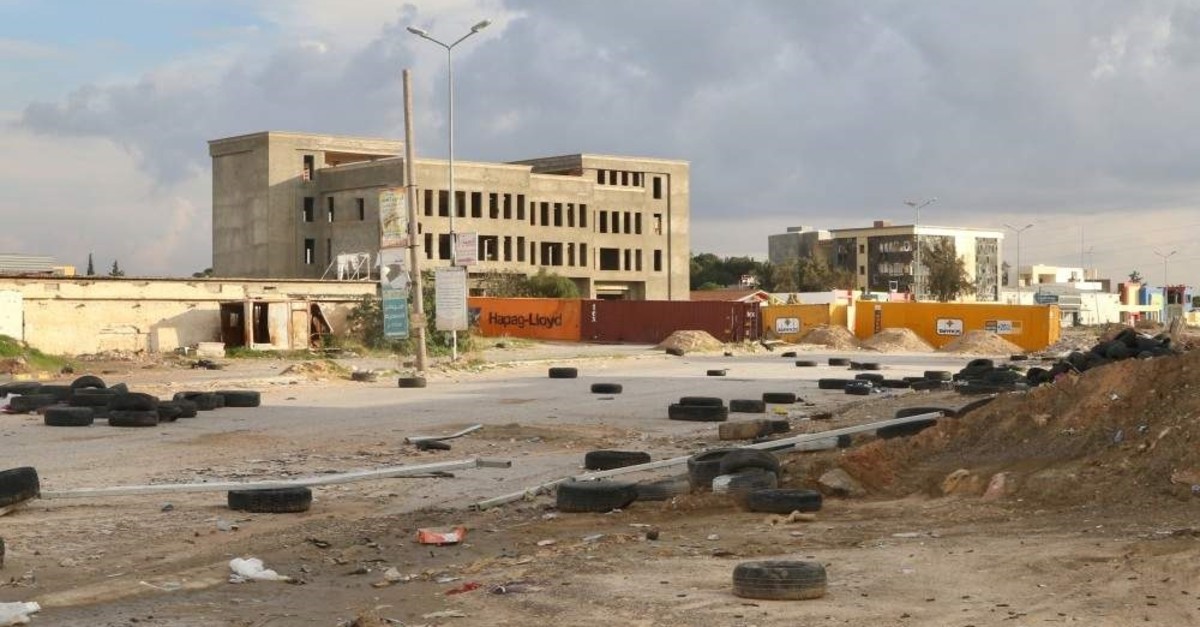 Haftar's abrupt departure early Tuesday was a setback for an international diplomatic push in recent days, though Moscow insisted it would continue mediation efforts.

Haftar and his allies were in Moscow on Monday for talks with the U.N.-recognized government headed by Fayez al-Sarraj.

Based east of the oil-rich North African country and backed by loyalist politicians, Haftar forces have been attacking Sarraj's government since last April.

The two sides agreed to a cease-fire brokered by Russia and Turkey that took effect over the weekend and were in Moscow to sign a long-term agreement to bring an end to the nine months of clashes.

The talks raised hopes for an end to the latest fighting to wrack Libya since a 2011 NATO-backed uprising killed longtime dictator Muammar Gaddafi.

But after seven hours of negotiations, only Sarraj had signed the agreement, and Russian officials confirmed that Haftar's delegation had left without signing the deal.

"We will pursue our efforts in this direction. For now, a definitive result has not been achieved," Russian Foreign Minister Sergei Lavrov said Tuesday at a press conference in Sri Lanka.

"We all work in the same direction and urge all the sides (of the conflict) in Libya to negotiate instead of trying to sort things out violently," the minister said.

Later Tuesday, Turkey's Foreign Minister Mevlüt Çavuşoğlu said there would be no meaning to the Berlin process on Libya if Haftar continues this way.

"Haftar not signing a Libya truce deal shows who wants war and who wants peace; Turkey did its part for a cease-fire and peace and will continue to do so," Çavuşoğlu said.

"We will succeed in establishing a cease-fire in Libya," he added.

Russia's Defense Ministry said Libya's Haftar was positive toward cease-fire deal and is taking 2 days to discuss it with his allies.

Russian state news agency RIA Novosti quoted a source in Haftar's stronghold Benghazi as saying he did not sign because the agreement did not spell out a timeline for disbanding groups allied with Sarraj's Government of National Accord (GNA).

Tripoli-based official Khaled al-Mashri told Libya al-Ahrar TV that Haftar asked for four days to consider various sticking points in the cease-fire deal. He said he expects invitations to a peace conference in Berlin to follow later this week.

On the other hand, the Russian Defense Ministry said Haftar was positive toward the cease-fire deal and takes two days to discuss it with his allies.

Haftar's forces, which have been trying to seize the capital Tripoli held by the internationally recognized government, said they are "ready and determined" to achieve victory, the forces' official Facebook website said Tuesday.

It gave no details, but another website linked to the force said Haftar will not sign a cease-fire proposal put forward by Turkey and Russia on Monday.

His failure to sign the agreement at talks mediated by Turkey and Russia may complicate a diplomatic effort to stabilize the situation in Libya, which has been mired in chaos since the toppling of Muammar Gaddafi in 2011.

As a matter of fact, artillery shots were heard in Tripoli's southern neighborhoods, the Al-Wasat reported, citing eyewitnesses.

It was also reported on Tuesday that Haftar-linked forces amassed troops, deploy armored vehicles and artillery dispatched by the UAE in the town of Tarhunah for an assault on Libyan capital Tripoli.

Since the start of the offensive against Tripoli, more than 280 civilians and about 2,000 fighters have been killed and 146,000 Libyans displaced, according to the United Nations.

Russian President Vladimir Putin and President Recep Tayyip Erdoğan made a joint call for a cease-fire, which started at midnight Sunday and was welcomed by the United Nations.

The leaders of Turkey and France on Monday called for a more permanent truce, which would pave the way for a political process, while Germany was preparing a summit on Libya this month.

German Chancellor Angela Merkel said Saturday she planned to host a summit on Libya on Sunday with the leaders of Turkey, Russia and Italy.

Putin late Monday discussed the talks in Moscow with Merkel, the Kremlin said, following her visit to Moscow Saturday.

Turkey and Russia's diplomatic initiative came despite the countries being seen as supporting opposing sides.

On Jan. 2, the Turkish Parliament ratified a motion authorizing the government to send troops to Libya.

Following the motion, Turkey has been urging both sides in Libya to reach a cease-fire deal.

Since the ouster of late ruler Muammar Gaddafi in 2011, two seats of power have emerged in Libya: one in eastern Libya supported mainly by Egypt and the United Arab Emirates and the other in Tripoli, which enjoys U.N. and international recognition.

The GNA has signed agreements with Ankara assigning Turkey rights over a vast area of the Eastern Mediterranean, in a deal denounced by France, Greece, Egypt and Greek Cyprus.

Several hundred Russian mercenaries are reported to be in Libya supporting Haftar. Putin said any Russians in the country are not on Moscow's payroll.