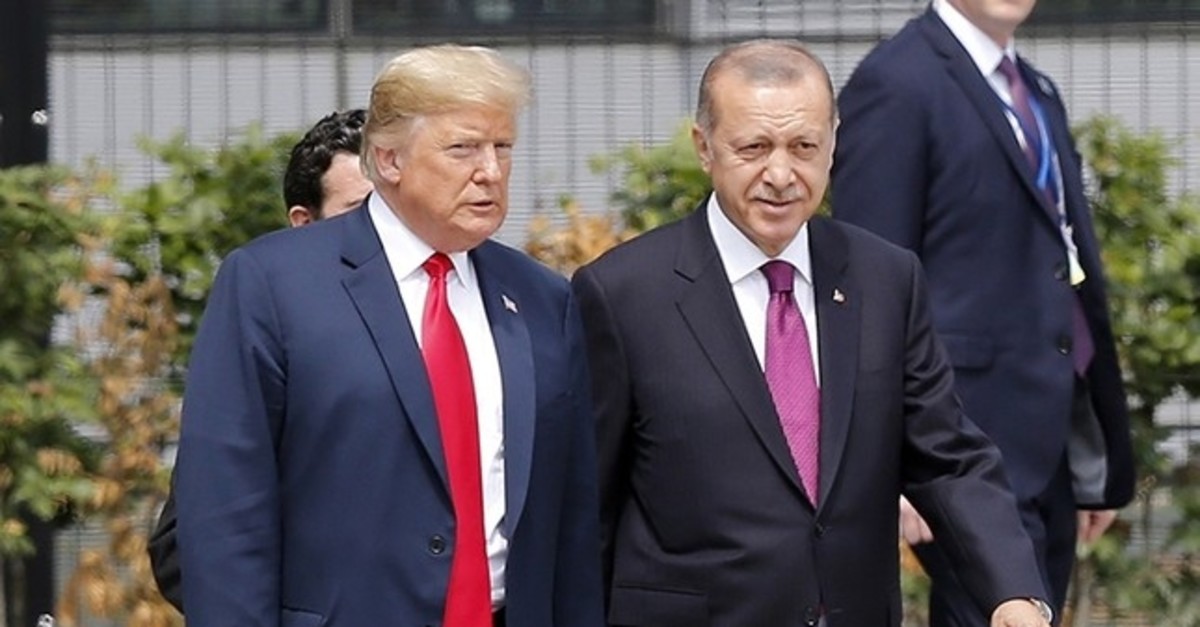 President Recep Tayyip Erdoğan and his U.S. counterpart Donald Trump have discussed developments in Libya and the Middle East, a statement from the Presidency said late Wednesday.

Bilateral relations between Turkey and the U.S. were also discussed in the call, according to the statement.

The phone call came a day after a statement by an official loyal to the Libyan warlord Khalifa Haftar, which said the cease-fire is over and the war will continue in the embattled North African country.

Forces loyal to Haftar launched missile strikes to the south of Libya's capital, the military spokesman for the U.N.-recognized Government of National Accord (GNA) said late Tuesday, as the speaker of the pro-Haftar, Tobruk-based House of Representatives Aguila Saleh declared an end to a cease-fire in Libya late Wednesday.

On Jan. 12, the warring sides in the Libyan conflict announced a cease-fire in response to a call by President Erdogan and Russian President Vladimir Putin, and they gathered Monday in Moscow to sign an agreement aimed at ending hostilities and starting a political dialogue.

Following talks in Moscow, the head of the GNA, Fayez al-Sarraj, signed a cease-fire deal late Monday, but Haftar left for Libya early Tuesday without signing it after asking for more time to consider it.

Sarraj Monday called on Libyans to "turn the page on the past, reject discord and to close ranks to move towards stability and peace."