Haftar does not want peace in Libya, FM says 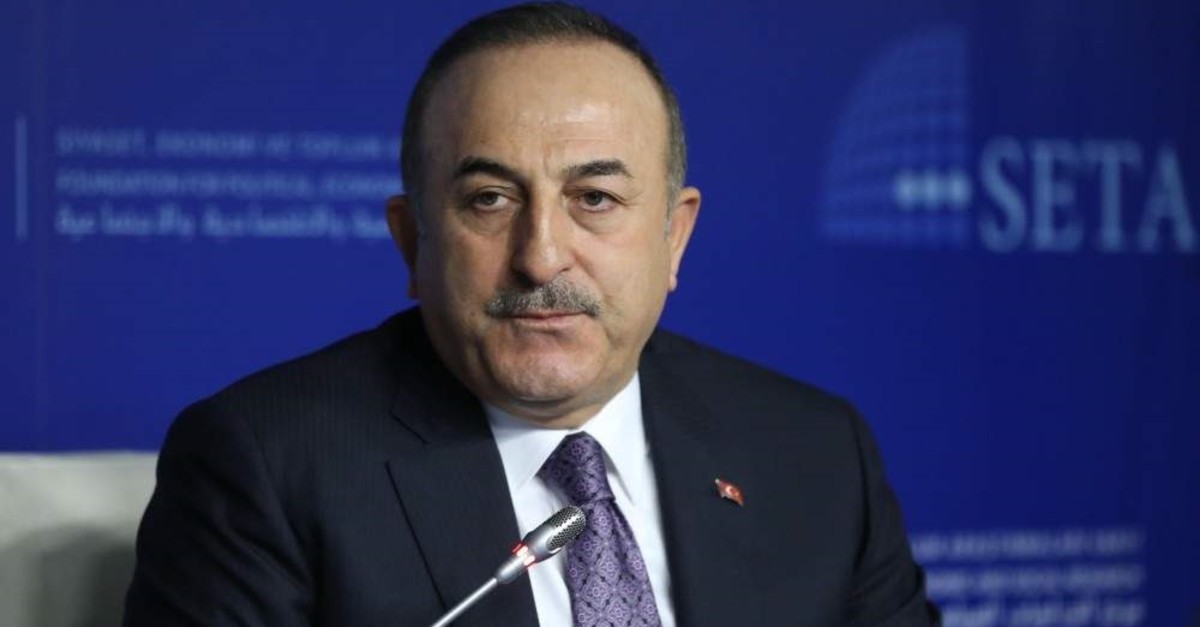 (AA Photo )
by Daily Sabah Jan 15, 2020 6:49 pm
Khalifa Haftar, the putschist general, does not want peace in Libya despite all efforts for a cease-fire to end the crisis, Foreign Minister Mevlüt Çavuşoğlu said.

"We do not want to use hard power in Libya. That's why we took up intense efforts for a cease-fire and to include all parties into the process. There is one truth, and that is that Haftar does not want peace. He does not want to share power and authority with anyone," Çavuşoğlu said Wednesday during a symposium in Ankara at the Foundation for Political, Economic and Social Research (SETA).

The minister further elaborated that meeting in a third country was essential, as it could not be expected that the parties would meet within their own country.

Çavuşoğlu also underlined that Haftar is creating a threat in the region – referring to his attacks on ships and crews.

Eastern Libyan forces seized a Grenada-flagged ship with a Turkish crew last month off the Libyan coast, amid rising tensions with Turkey. A Libyan National Army force's naval combat vessel stopped the ship in Libyan territorial waters off the eastern city of Derna and towed it to Ras El Hilal port "for inspection and to verify its cargo."

Haftar and his allies were in Moscow Monday for talks with the U.N.-recognized government headed by Fayez al-Sarraj.

Haftar's abrupt departure early Tuesday was a setback for an international diplomatic push in recent days, though Moscow insisted it would continue mediation efforts.

Based east of the oil-rich North African country and backed by loyalist politicians, Haftar forces have been attacking Sarraj's government since last April.

The two sides agreed to a cease-fire brokered by Russia and Turkey that took effect over the weekend and were in Moscow to sign a long-term agreement to bring an end to the nine months of clashes.

The talks raised hopes for an end to the latest fighting to wrack Libya since a 2011 NATO-backed uprising killed longtime dictator Moammar Gadhafi.

But after seven hours of negotiations, only Sarraj had signed the agreement, and Russian officials confirmed that Haftar's delegation had left without signing the deal.

Furthermore, Turkish diplomatic sources had revealed that the United Arab Emirates and Egypt were behind Haftar's change of heart.

"Representatives of the UAE and Egypt were present in Moscow. Our Russian friends can answer how they affected the outcome. We wanted to start a process in Libya with Russia just as we did in Syria with the Astana process," Çavuşoğlu added.

He said that Turkey would support the U.N.'s efforts on one side and its own efforts and initiatives on the other until a political solution is reached.
RELATED TOPICS