Turkey will remain in Syria until calm restored, could even move further, Erdoğan says 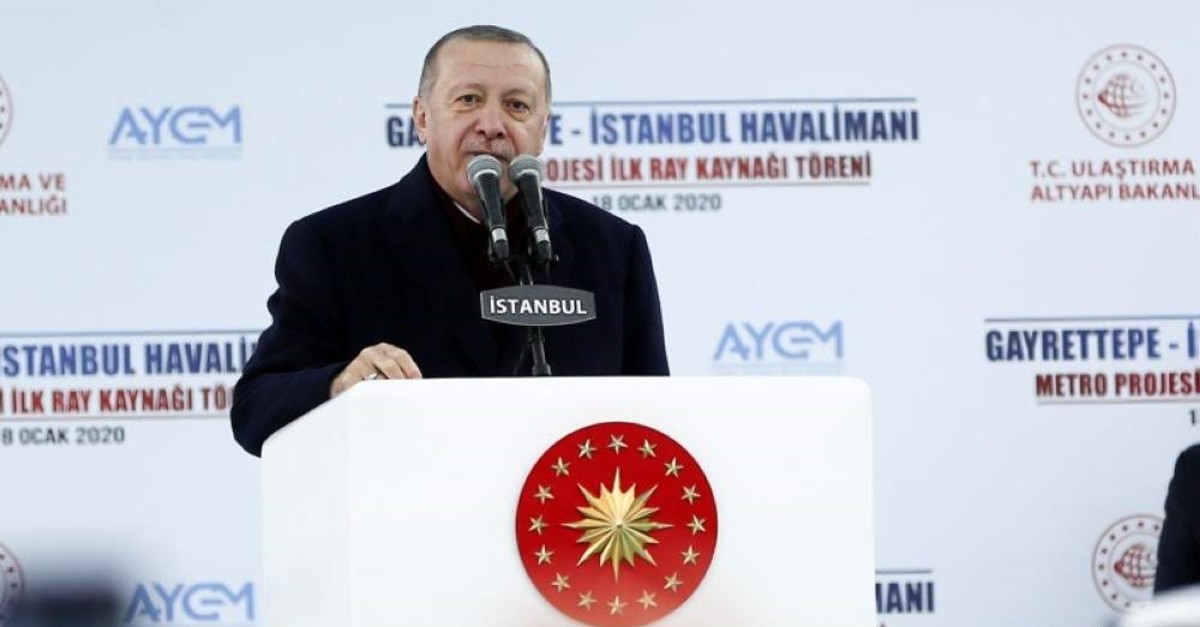 Turkey will remain in Syria and could even move further into the country until calm for can be provided for the country's southern border and its brothers living there, President Recep Tayyip Erdoğan said Saturday.

Speaking at an inauguration ceremony in Istanbul, Erdoğan said Turkey now considers the security of its southern border not merely in border provinces of Mardin, Şanlıurfa, Gaziantep, or Hatay but further afield.

“We are determined to use all means of politics, diplomacy and military power in issues concerning Syria, the Mediterranean and Libya," Erdoğan said.

"Turkey will also continue to be in Libya until its rights in the Mediterranean are recognized and the legitimate government of Libyan people, with their 500-year long ties of brotherhood with our country, is secure," he added.

The CHP has repeatedly called on the government to re-establish ties with the Assad regime and launch diplomatic efforts, saying under current circumstances in Syria, it is the only way to bring peace and allow for millions of Syrian refugees. Although Kılıçdaroğlu and other party officials often voiced objections to Turkey's military presence in Syria, the party offered reluctant support to cross-border operations targeting PKK and Daesh terror groups in northern Syria.

The CHP, which has long accused the government for failing to protect Turkey's rights in the Mediterranean, supported the maritime deal signed with the Government of National Accord (GNA) in Libya. However, the party also voted against the recent mandate allowing the government to deploy Turkish troops in Libya, questioning the government's motives.

Opposition Good Party (İP) also has a similar position with the CHP, whereas Nationalist Movement Party (MHP) backs the government in Syria and Libya policies.

"Questioning what our country is doing in Libya and in the Mediterranean is the same thing," Erdoğan said, pointing to conflicting remarks by Kılıçdaroğlu and other CHP officials.