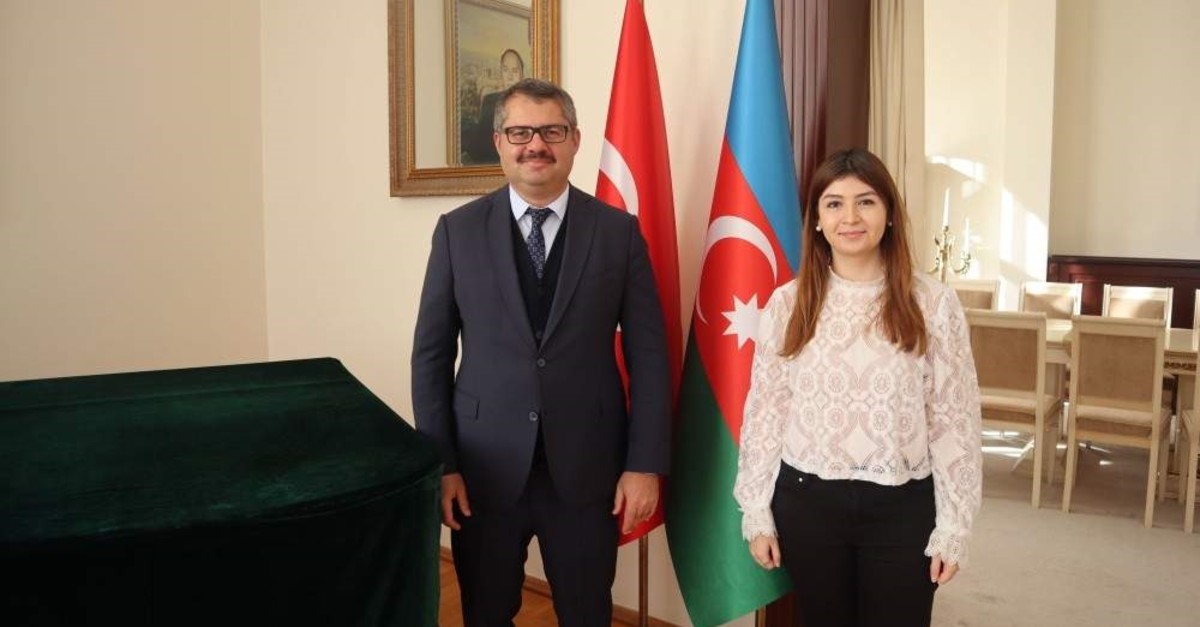 The violent crackdown on the people of Azerbaijan by the Societ administration, which began on Jan. 20, 1990, is considered a pivotal moment in the country's fight for independence, Azerbaijan's Ambassador to Turkey Khazar Ibrahim told Daily Sabah in an exclusive interview.

"It is called Black January – and I want to stress the first word because it really was black. It's a day of sorrow on which we remember how we lost a lot of our best people who went to the streets to demand Azerbaijan's independence, to fight for Azerbaijan's territorial integrity, to demand pride for our nation – then a republic – but who were brutally massacred," the envoy explained, adding that every year millions visit Martyr's Lane in the capital to pay respect to their memory.

"Because if you look at the names of the people killed on this day, you can see they were elderly, they were kids, schoolchildren, families, people belonging to basically every confession, religion and nationality. There is no doubt that it was an indiscriminate massacre. They did not look at nationality, religion or any other factors."

Seen as the rebirth of the Republic of Azerbaijan, Black January witnessed the massacre of around 150 civilian people in the capital Baku on Jan. 20, 1990, following the declaration of a state of emergency as the dissolution of the Soviet Union began to make way for the country's independence.

"On the other hand, although it is a black day, it is also a day of pride for us, as these people sacrificed their lives for our future, our independence and so that we can today enjoy a prosperous Azerbaijan. Therefore these people live on in our memories; we will always live with pride and thank them for the things they have done. They did not consider their own lives; they thought only about one thing: an independent Azerbaijan," Ibrahim said.

Underlining that the relationship between Turkey and Azerbaijan went beyond any other bilateral relationship, Ibrahim recalled a phrase once uttered by Azerbaijan's national leader Heydar Aliyev: "One nation, two states." The ambassador also stated that both countries' leaders would meet soon to further cooperation and dialogue.

"The relations between our two countries are absolutely smooth. There is no doubt on any issue. Whether economically, militarily, in terms of energy or culture, you can take any area and point to smooth, coordinated relations. From my perspective, sometimes it is very difficult when you think what you can improve on. But we have a very cordial and strong relationship between our leaders, so they will always give us higher goals to achieve," the ambassador said.

The ambassador pointed out that both countries had road to cover on economic and trade issues.

Azerbaijan has invested more than $17 billion in the Turkish economy, while Turkey has invested over $12 billion in Azerbaijan, President İlham Aliyev stated in December during a meeting with Turkish Trade Minister Ruhsar Pekcan in Baku.

"Therefore we are thinking about signing some agreements, a preferential trade agreement in on the table, hopefully we will sign it soon," Ibrahim said, indicating that more visa liberalization was also possible.

Visa requirements were lifted for Turkish citizens visiting Azerbaijan for up to 30 days in September.

"On energy projects, SOCAR is very active in Turkey and new projects launched last year are ongoing in places like Bursa and Kayseri. Regarding defense, again we will have several joint exercises with the Turkish Armed Forces," he continued.

"I'm very confident that there will be no clouds over our relations. Yet, at the same time, we're seeing some tensions in the region around Turkey and Azerbaijan. We are overloaded with conflict and tension in our region. Some of these are of a global nature, some regional. Regardless, they are all very dangerous not only for the region but globally," he stressed.

The region where both Turkey and Azerbaijan are located has seen a surge in conflicts in recent years, ranging from the ongoing civil war in Syria to rising tensions between the U.S. and Iran, which are considered to be on a dangerous path that could further destabilize the Middle East.

"I hope that Azerbaijan and Turkey will make our region safer together. Turkey and Azerbaijan continuously for the last three decades tried to bring peace and stability to the region. I hope that in 2020 our international partners will step in to ease tensions and bring more prosperity and stability to the region," Ibrahim continued, saying that there should be more actors willing to come to dialogue rather than engaging in zero-sum games.