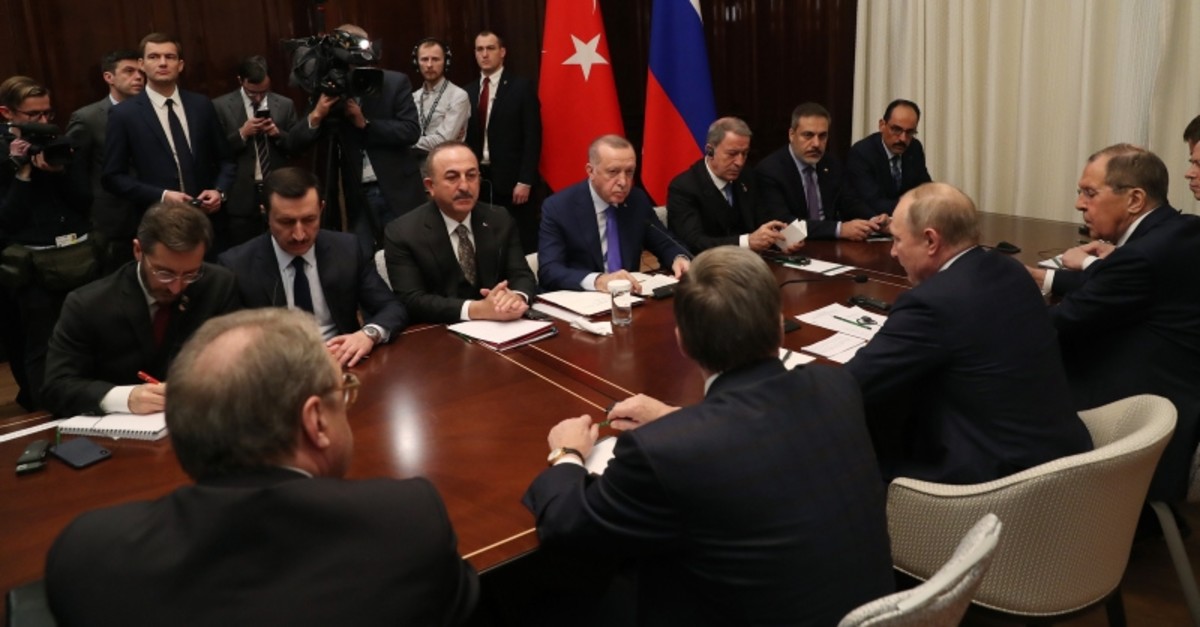 Turkey will reap the fruits of its efforts regarding Libya in the upcoming talks in Berlin, President Recep Tayyip Erdoğan said in a joint news conference with Russian President Vladimir Putin ahead of the summit on Sunday.

Erdoğan said that Turkey is aware of its responsibility in terms of ensuring the cease-fire in Libya but noted that all actors need to cooperate in this regard.

"In order for Libya to have a political process, Haftar's aggressive attitude must come to an end," he said, adding that the summit needs to facilitate the transition to the political process.

The president also highlighted the multidimensional cooperation between Turkey and Russia, as he called 2019 a bright year in terms of bilateral relations.

"We've completed many projects including the S-400 defense systems with determination, and without making any concessions on our national interests despite all the pressure we faced," Erdoğan said, noting that the joint efforts of both countries have greatly contributed to the resolution of conflicts in the region.

Putin, on the other hand, highlighted that serious steps have been taken so far in terms of the political process in Libya.

"Despite the ongoing conflicts on the field, the conflicting sides listened to us and a truce was reached (in Libya)," the Russian president said.

"Even the fact that the conflicting sides in Libya came to Moscow for truce talks alone is a success in my opinion," he said, as he thanked the foreign ministers.

Putin noted that the two countries have taken serious steps in Istanbul, which paved the way for Berlin talks and they aim to finalize the issue in the summit.

Libya's GNA recently made a formal request for "air, ground and sea" support from the Turkish military to help fend off an offensive from the forces of Gen. Khalifa Haftar, who is attempting to take control of the capital, Tripoli. Turkey supports the U.N.-backed government against the militia and mercenaries of the latter self-proclaimed military chief.

More than 280 civilians and 2,000 fighters have been killed since the beginning of Haftar's assault on Tripoli, according to the United Nations. The fighting has displaced some 146,000 people, with the ongoing violence threatening to plunge Libya into violent chaos to rival the 2011 conflict that led to the ousting and murder of longtime dictator Moammar Gadhafi.

Ankara is joined by Italy and Qatar in supporting Prime Minister Fayez al-Sarraj's legitimate government in Tripoli. Meanwhile, the rival force based in the east is supported by France, Russia, Jordan and the United Arab Emirates, alongside other key Arab countries.