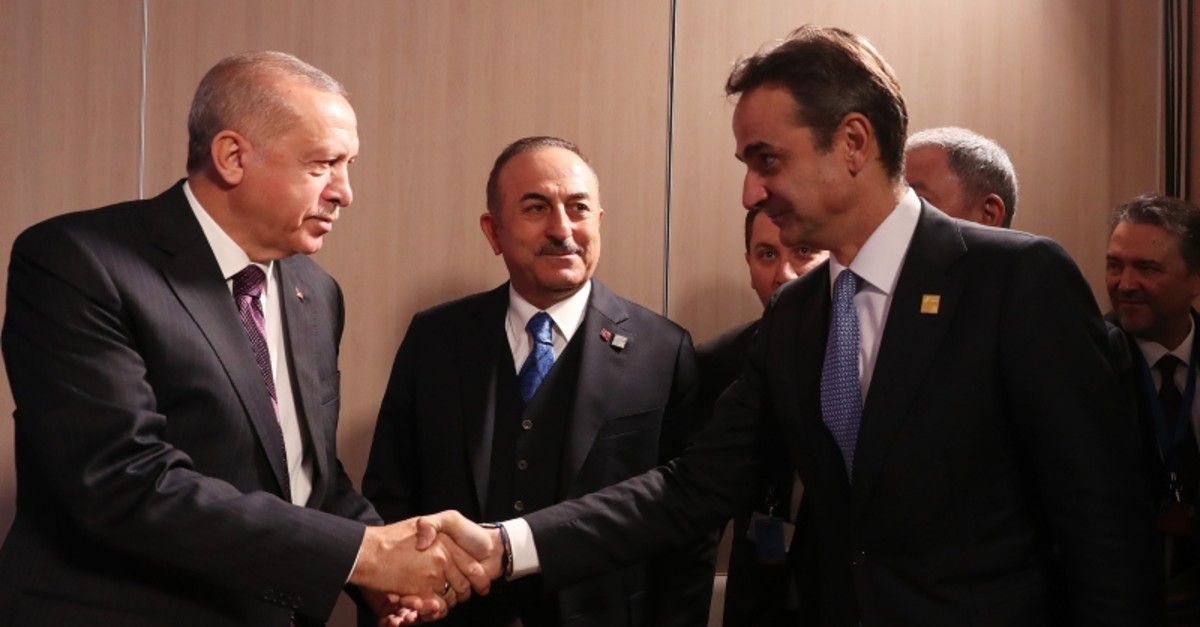 President Recep Tayyip Erdoğan said Monday that a leader told him that Greek Prime Minister Kyriakos Mitsotakis wants thaw in relations, but inviting Libyan warlord Khalifa Haftar to Greece is of no help to improve ties with Turkey.

"A leader told me [during Sunday's Berlin summit on Libya] that Mr. Mitsotakis wants to thaw relations with Turkey," he told reporters.

"He both invites Haftar to Greece and also wants to better relations with us. Such nonsense," Erdoğan added.

"This mistake should be corrected first. After that, a meeting between with him will be easy," the President concluded.

"Inviting Haftar to Greece and highlighting the Greek national agenda sabotage the efforts to bring peace to Libya," Çavuşoğlu wrote on Twitter.

"We would like to remind our Greek friends that these futile efforts are in vain. @NikosDendias," he said, referring to the Greek foreign minister who met with Haftar this week.