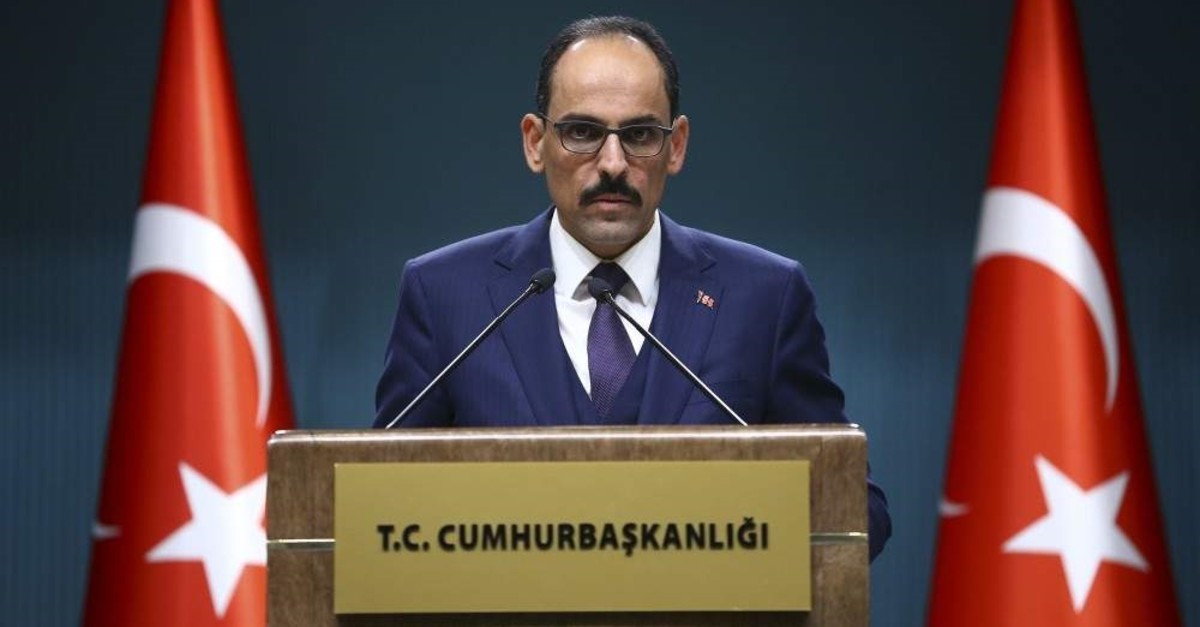 Turkey has become one of the key actors in the Berlin process for peace in Libya thanks to President Recep Tayyip Erdoğan's "effective and multidimensional diplomacy," the country's presidential spokesman said Monday.

"The Berlin Conference on Libya presents an opportunity for the political process to move forward," İbrahim Kalın said on Twitter.

He also stressed that Turkey will maintain its "constructive and peaceful policy" against the proxy wars.
"Proxy wars and shadowy games will not bring peace, security and prosperity to Libya. They must come to an end," he said, adding: "Turkey will continue to support the people of Libya."

On Sunday, world leaders met in a conference in Berlin to chart a way forward for peace in Libya.

At its conclusion, the international conference stressed its commitment to implement a fragile cease-fire in the North African country.

Since the ouster of late ruler Moammar Gadhafi in 2011, two seats of power have emerged in Libya: putschist Gen. Khalifa Haftar in eastern Libya supported mainly by Egypt and the United Arab Emirates, and the Government of National Accord (GNA) in Tripoli, which enjoys U.N. and international recognition.

Libya's internationally recognized government in the capital Tripoli has been under attack by Haftar since last April, and fighting over the last nine months has killed more than 1,000 people.