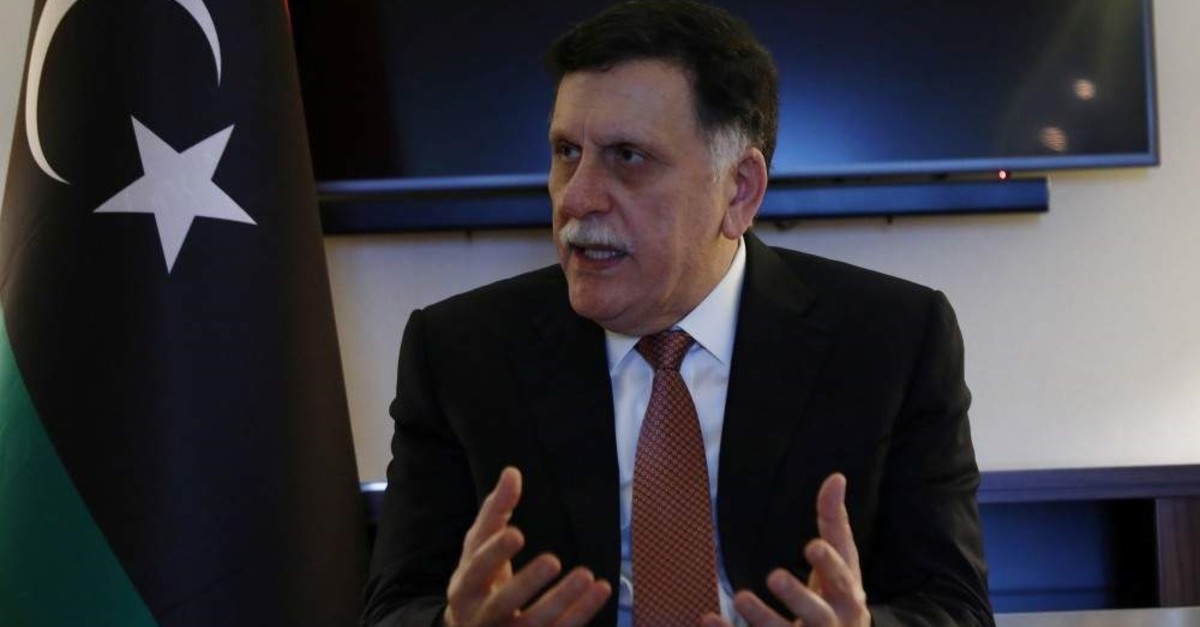 Libya's Prime Minister Fayez al-Sarraj said he will not sit with putschist Gen. Khalifa Haftar again, hoping that his supporters would review their decisions.

Speaking in a broadcasted interview with Al-Jazeera on Tuesday, the head of Libya's U.N.-recognized legitimate Government of National Accord (GNA) stressed that Abu Dhabi interfered in his country by supporting Haftar, adding that the United Arab Emirates have no common borders with Libya, which "raises a question about its goals of interfering in Libya."

Sarraj also questioned the reasons why the UAE is establishing a military base on his country's territories.

The prime minister stressed that he would respect the Berlin conference's call for a cease-fire and political talks, but he wouldn't sit with Haftar again.

On Sunday, German Chancellor Angela Merkel and U.N. Secretary-General Antonio Guterres co-hosted the Berlin conference, which sought a stronger commitment from world powers and regional actors to noninterference in Libya, genuine support for the cease-fire and adherence to the U.N.'s arms embargo.

Regarding the oil issue, Sarraj said Libya would face a catastrophic situation if Haftar forces continued blockading the oil fields, expressing his hope that foreign powers would put pressure on Haftar to reopen the oil ports soon.

On Jan. 12, the conflicting parties announced a cease-fire in response to a joint call from Turkish and Russian leaders. However, the talks for a permanent cease-fire deal ended without an agreement after Haftar left Moscow without signing the deal.

On Sunday in Berlin, Haftar accepted the task of designating members for a U.N.-proposed military commission with five members from each side to monitor the implementation of the cease-fire.

Since the ouster of late ruler Moammar Gadhafi in 2011, two seats of power have emerged in Libya: Haftar in eastern Libya, supported mainly by Egypt and the UAE, and the GNA in Tripoli, which enjoys U.N. and international recognition.