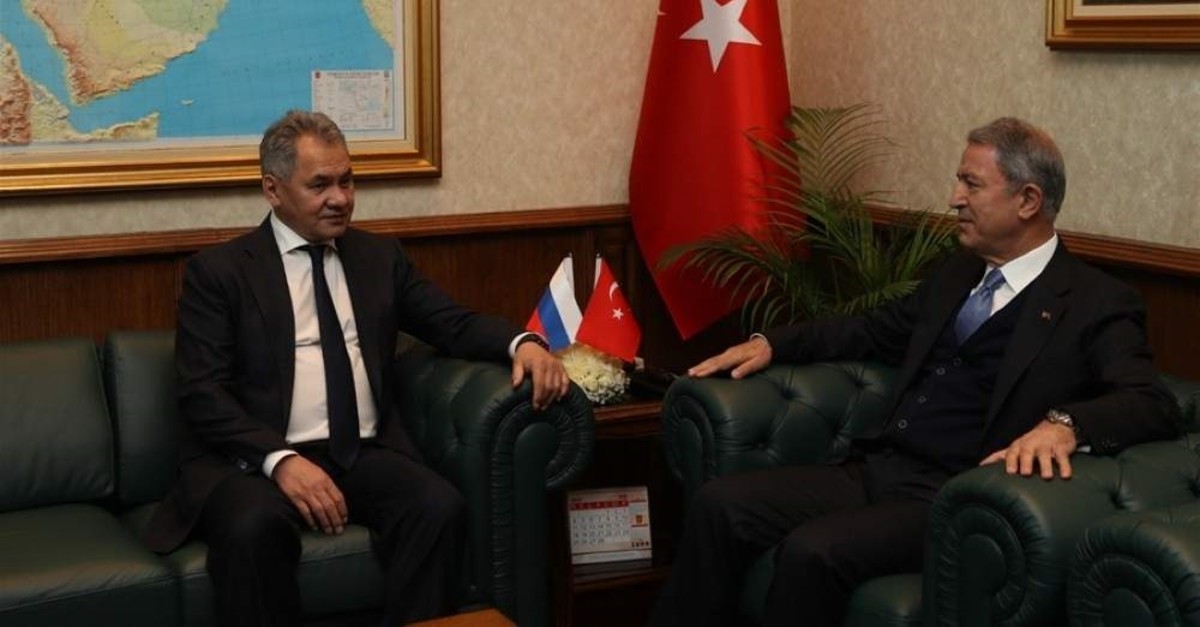 The Turkish national defense minister discussed regional issues with his Russian counterpart over the phone, an official statement from Russia said Monday.

The officials discussed recent developments in the region and North Africa, especially in Libya.

Since the ousting of late ruler Muammar Gaddafi in 2011, two seats of power have emerged in Libya – warlord Khalifa Haftar in eastern Libya, supported mainly by Egypt and the UAE, and the Government of National Accord (GNA) in Tripoli, which enjoys U.N. and international recognition.

Libya's legitimate government has been under attack by Haftar since last April, claiming the lives of more than 1,000 people.

On Jan. 12, the conflict parties announced a ceasefire in response to a joint call by the Turkish and Russian leaders. But talks last week for a permanent ceasefire deal ended without an agreement after Haftar left Moscow without signing the deal.

On Sunday in Berlin, Haftar accepted the request to designate members to a U.N.-proposed military commission with five members from each side to monitor the implementation of the ceasefire.