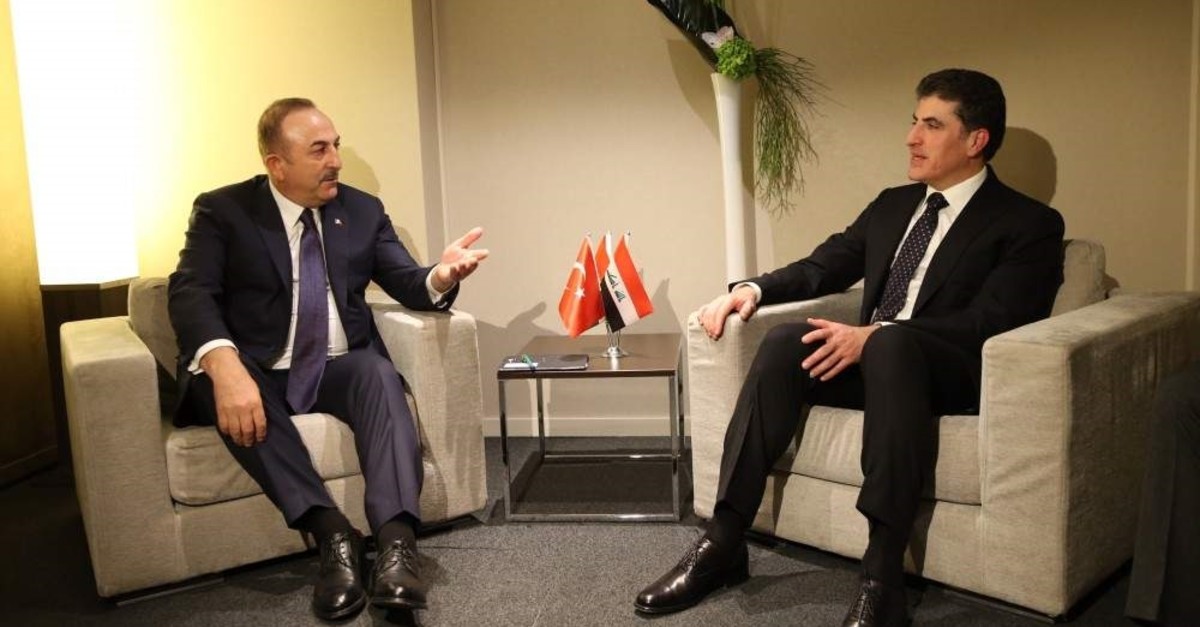 The closed-door meeting took place on the sidelines of the World Economic Forum in Davos, Switzerland, according to diplomatic sources.

The death of top Iranian Gen. Qasem Soleimani in a U.S. airstrike in Baghdad has marked a dramatic escalation in tensions in the region.

Soleimani was killed in a U.S. drone strike outside Baghdad International Airport Jan. 3 along with Abu Mahdi al-Muhandis, the senior commander of Iraq's Hashd al-Shaabi force, and eight others.

During the meeting, Çavuşoğlu expressed Ankara's solidarity with Iraq, which is playing an active role in defusing tensions, said the sources, who asked not to be named due to restrictions on speaking to the media.

He reiterated the need for all ethnicities in Iraq to work together for a peaceful future, adding that Turkey will continue cooperating with the KRG.