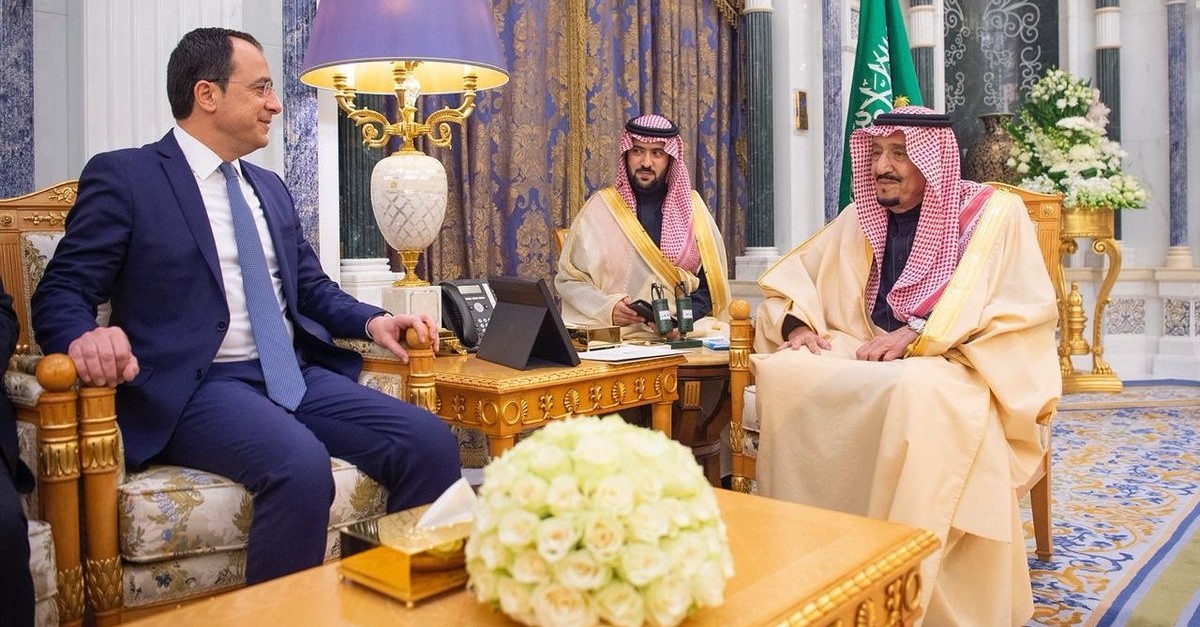 Greek Cypriot daily Politis cited a statement by the Saudi foreign minister which said, "Saudi Arabia carefully follows ongoing developments in the Eastern Mediterranean, as it expresses concerns about security and stability in the region while it emphasizes full support to the Greek Cypriot administration for its sovereignty over Cyprus."

Turkey, as a guarantor nation for the Turkish Republic of Northern Cyprus (TRNC), is currently carrying out hydrocarbon exploration activities in the Eastern Mediterranean with two drilling vessels, Fatih and Yavuz, along with the Oruç Reis and Barbaros Hayrettin Paşa seismic vessels in the same region.

The relations between Turkey and Saudi Arabia took a major blow after the killing of dissident Washington Post journalist Jamal Khashoggi in the kingdom's consulate in Istanbul.

While the kingdom initially denied involvement in the murder and tried to accuse Turkey of not being safe for its citizens, Ankara pursued – and has been pursuing – a determined stance in the case and eventually forced the kingdom to admit to the crime. This revelation caused major international backlash toward Saudi Arabia, especially Crown Prince Mohammed bin Salman, whom the CIA mentioned as the mastermind of the murder.

Saudi Arabia has been carrying out a defamation campaign against Turkey, urging its citizens to avoid traveling to the country, watching its television shows or carrying out any business activities with Turkish citizens.

The kingdom also opposed Turkey's decision to deploy troops in Libya and has been trying to defame Turkey by creating propaganda on social media.

The two countries also adopted a different stance in response to ongoing regional developments, including the Arab Spring and Libya crisis. For instance, while Turkey supported the democratically elected President Mohammad Morsi in Egypt, Saudi Arabia supported the putschist Gen. Abdel-Fattah el-Sissi, who toppled Morsi in a brutal coup d'etat. Moreover, while Turkey supports the U.N.-recognized Government of National Accord (GNA) in Libya, Saudi Arabia supports the putschist Gen. Khalifa Haftar. Saudi Arabia, with its alliance with the United Arab Emirates, also tried to isolate Turkey and Qatar and target Ankara's interests in the region.

Meanwhile, security investigators hired by Amazon CEO Jeff Bezos, who also owns the Washington Post, claimed that a WhatsApp account linked to Crown Prince Mohammed bin Salman could have been involved in the hacking of Bezos' phone, a report by the Financial Times said, a claim rejected by the kingdom.

Bezos' phone was hacked after receiving a WhatsApp message sent from the personal account of bin Salman in 2018, according to the Guardian. The report noted that the message included a malicious file that hacked into Bezos' phone to extract data. While Amazon declined to comment on the issue, Saudi Arabia's U.S. embassy rejected the claims, saying that they are "absurd."