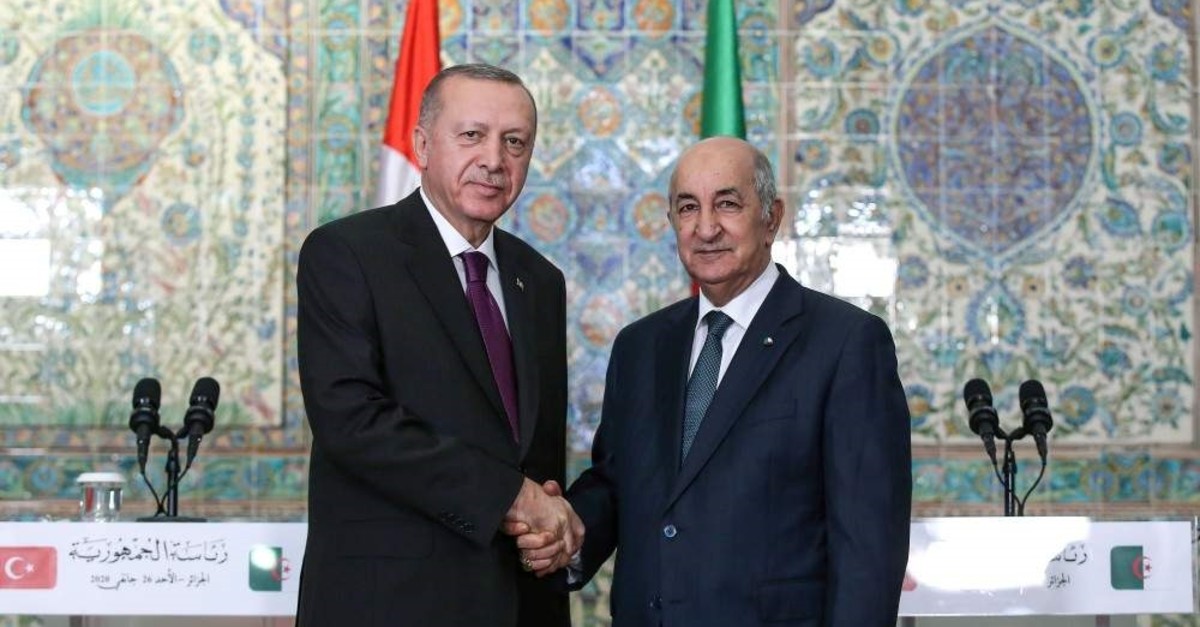 Most of the Algerian media described the visit as an important step in advancing the economic relations between the two countries along with its role in addressing the Libyan issue.

The Algerian French-language daily El Moudjahid made its headline, "Agreement on deepening bilateral relations." It said the visit will enhance bilateral relations and extend commercial exchange in the interest of both countries.

The daily El Khabar wrote that both Erdoğan and his Algerian counterpart Abdelmadjid Tebboune agreed to implement the outcomes of the Berlin conference to achieve peace and stability in Libya.

While the daily Echorouk said: "Algeria-Turkey the rising new power," it added that Tebboune will visit Turkey soon to attend the meeting of the High-Level Cooperation Council between the two countries.

The daily El Watan also came with a headline, "Algiers and Ankara: Important partners despite their few differences."

The Le Soir d'Algerie daily wrote on its front page that "Turkey shows its economic aspirations in Algeria, in view of the number of Turkish businessmen accompanying Erdoğan in his visit."

On Sunday, Erdoğan visited Algeria and met with his counterpart Tebboune.

Algeria's visit is Erdoğan's first stop in his three-nation African tour, and his first to the country after the newly elected President Tebboune came to power following the Algerian elections in December.