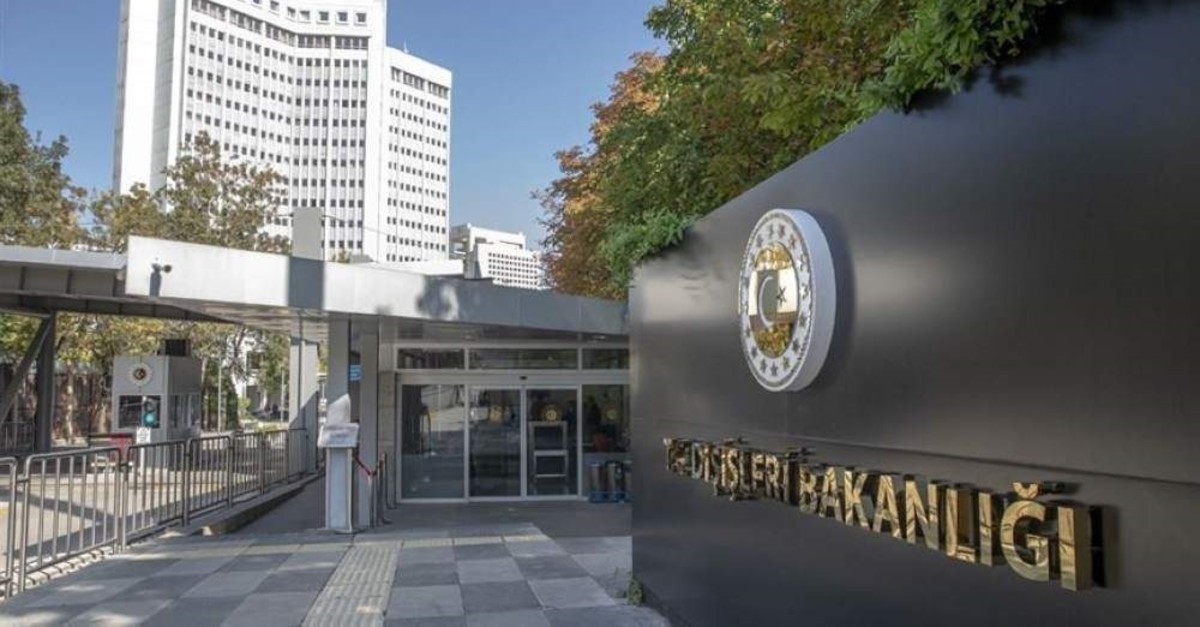 Turkey on Monday commemorated the assassination of Consul Gen. Mehmet Baydar and Consul Bahadır Demir in Los Angeles, who were assassinated by an Armenian terrorist in the U.S. on Jan. 27, 1973.

"We remember with respect our martyrs Mehmet Baydar, Consul General, and Bahadır Demir, Consul in Los Angeles, assassinated by an Armenian terrorist in the #USA on 27.01.1973." the Foreign Ministry said in a tweet.

Baydar and Demir were the first Turkish diplomats who were killed by Armenian terrorists.

These attacks were just two of the many assassinations of Turkish diplomats and family members around the world by the Armenian terror groups, the Armenian Secret Army for the Liberation of Armenia (ASALA) and Justice Commandos of the Armenian Genocide (JCAG).

Founded in 1975 in Beirut, Lebanon, during the Lebanese Civil War, ASALA is responsible for hundreds of bloody terror acts.

Though the group formed in 1975, the first killing of a diplomat and his deputy came on Jan. 27, 1973, when Gourgen Yanikian, an Armenian, assassinated Baydar, and his aide, Demir.

A total of three diplomats were killed between 1973 and 1978, after which Turkish public servants abroad became targets for Armenian terrorist organizations like ASALA and JCAG.

The attack at Esenboğa airport on Aug. 7, 1982, was one of the most notorious attacks by ASALA, as the group targeted non-diplomat civilians for the first time.

Nine people died and over 80 were injured when two terrorists opened fire in a crowded passenger waiting area at the airport in the Turkish capital Ankara.

The 1981 and 1983 Paris attacks are among the group's other notable acts. ASALA terrorists held 56 people hostage for 15 hours during the Turkish Consulate attack in 1981, while a suitcase bomb killed eight people – most of them non-Turks – in 1983 at a Turkish Airlines check-in desk at Paris's Orly Airport.

According to some Turkish officials, after the Orly attack, the group lost much of its support and financial backing from the Armenian diaspora and had to dissolve.

The terrorist attacks ended in 1986, according to the Armenian Terror study.

In order to compel the Turkish government "to acknowledge publicly its responsibility for the so-called Armenian genocide in 1915, pay reparations, and cede territory for an 'Armenian homeland'," ASALA and JCAG targeted Turkish diplomats in numerous bloody attacks in that decade.

Armenia has demanded an apology and compensation, while Turkey has officially refuted Armenian allegations over the incidents saying that, although Armenians died during the relocation, many Turks also lost their lives in attacks carried out by Armenian gangs in Anatolia.

Rebuffing the "genocide" allegations, Turkey has officially acknowledged past experiences as a great tragedy in which both parties suffered heavy casualties, including hundreds of Muslim Turks.