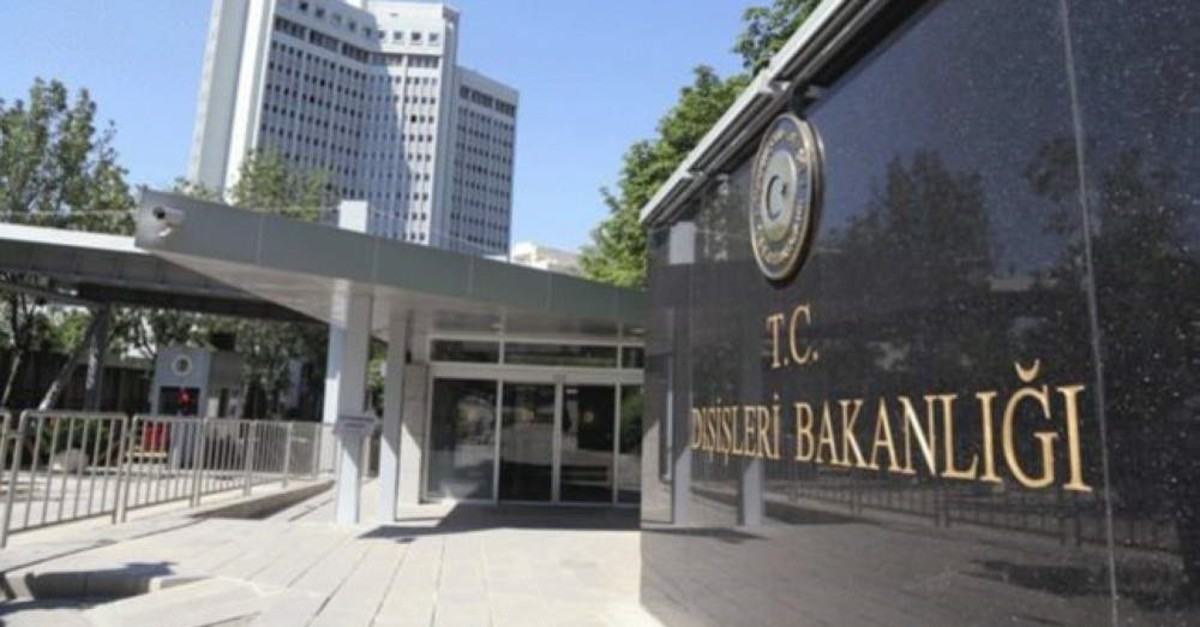 | File Photo
by daily sabah Jan 29, 2020 12:40 pm
The Foreign Ministry has criticized the Belgian Federal Prosecutor's Office's decision to ratify a ruling by the Belgian Chamber of Indictments to prevent an investigation into 36 terrorist PKK-linked suspects for disregarding the law.

The appeals court ruled that counterterrorism laws were not applicable to the suspects since they were not waging a war on Belgium, but rather Turkey.

In a statement released Wednesday, the Foreign Ministry said while Belgium has been trying to lecture Turkey on the rule of law, it has acquitted the terrorist group based on ideological considerations, with no regard for the law.

"The decision by the Belgian justice is an explicit example of support for the PKK, which is listed as a terrorist organization by the EU and is responsible for over 40,000 Turkish citizens, including civilians, children and babies," the statement read.

Meanwhile, Foreign Minister Mevlüt Çavuşoğlu also criticized the decision in a series of messages he posted on his Twitter account Wednesday.

"Belgian Court's decision on terrorist organization PKK has nothing to do w/law. This decision is ideological and political. It is a hypocritical decision taken amid fear by those presuming to lecture Turkey on law," Çavuşoğlu said, adding that such decisions will not prevent Turkey from pursuing its determined fight against terrorist organizations.

Referring to the decision as "hypocritical," the ministry also warned that the decision sets a precedent for other terrorist groups as it gives them the message that they are welcome in the country even if they massacre people in other countries, as long as they do not commit offenses there.

The ministry also noted that Belgium's decision has not only contradicted EU legislation but also shows that it will be an obstacle for the country to fulfill its obligations under U.N. Security Council resolutions and international law.

"It is obvious that not only the PKK but other terrorist organizations like Daesh, which have brutally targeted Belgian people in the past, will irresponsibly exploit this decision," the statement read, adding that Turkey expects other partners to condemn the decision that will debilitate the international fight against terrorism.

In its more than 30-year terror campaign against Turkey, the PKK, recognized as a terrorist group by Turkey, the U.S. and the EU, has been responsible for the deaths of some 40,000 people, including women and children.
Last Update: Jan 29, 2020 8:20 pm
RELATED TOPICS