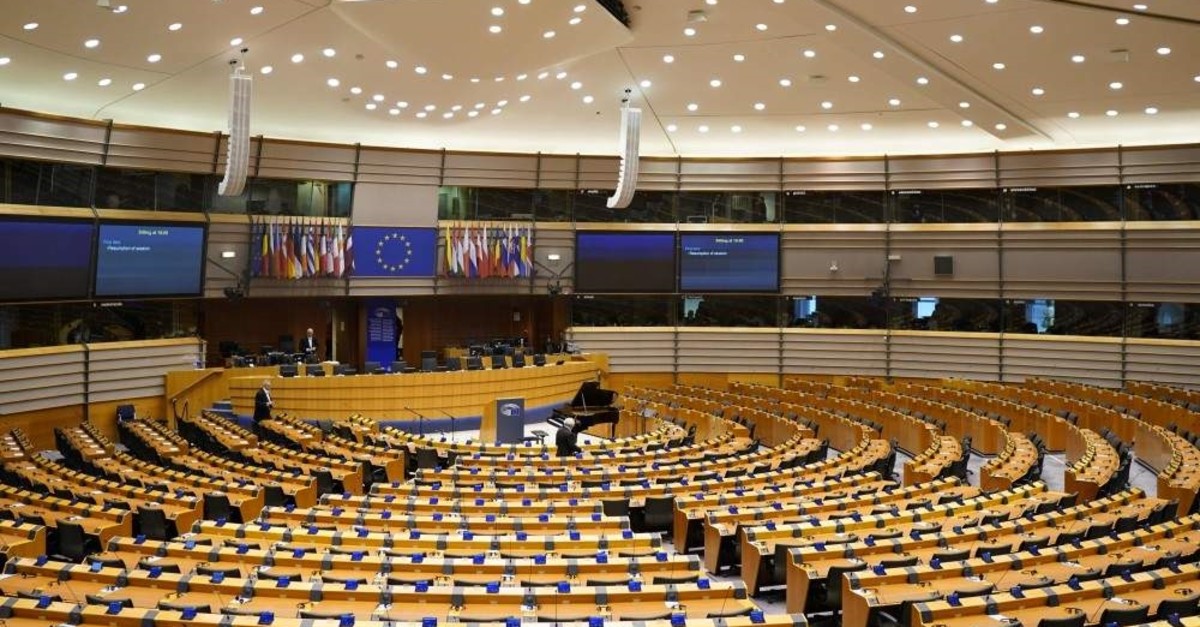 "We don't hear anybody talk about the situation of Greek citizens. Everybody talks about migrants. What about the rights of the Greek citizens?" Anadolu Agency (AA) quoted the infuriated MEP as saying. 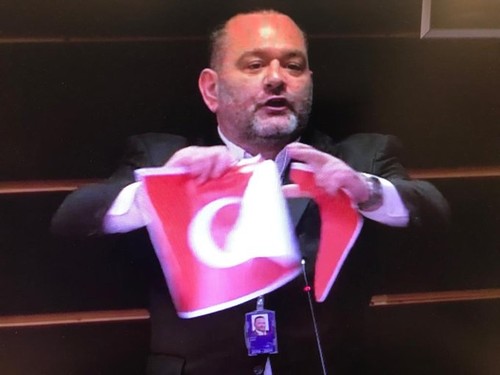 "On the one hand, there is Turkey, which is doing whatever it wants to do," Lagos said, ripping a piece of paper with the Turkish flag printed on it. He said they need to put an end to the migrant flow.

"These racist heads know best how we break the hands reaching our flag, and how we drive them to the sea," Çavuşoğlu said.

"Europe needs to say stop to Islamophobia and racism," Çavuşoğlu said, adding that Turkey expects the EP to take necessary action against Lagos, whom he referred to as a "clown."

Amor also criticized Lagos, saying that nothing justifies his action.

"Turkey is an EU candidate country. Our relations are not at their best in this very moment. But nothing justifies the regrettable action of tearing the flag in the European Parliament plenary," Amor said in response to Çavuşoğlu, adding that the far-right Islamophobic narrative is "not welcome in Brussels."

The Greek MEP's former party, the Golden Dawn, is considered a far-right, neo-Nazi and fascist organization.

The party opposes migration, and its members are known to be behind anti-Muslim attacks in Greece.