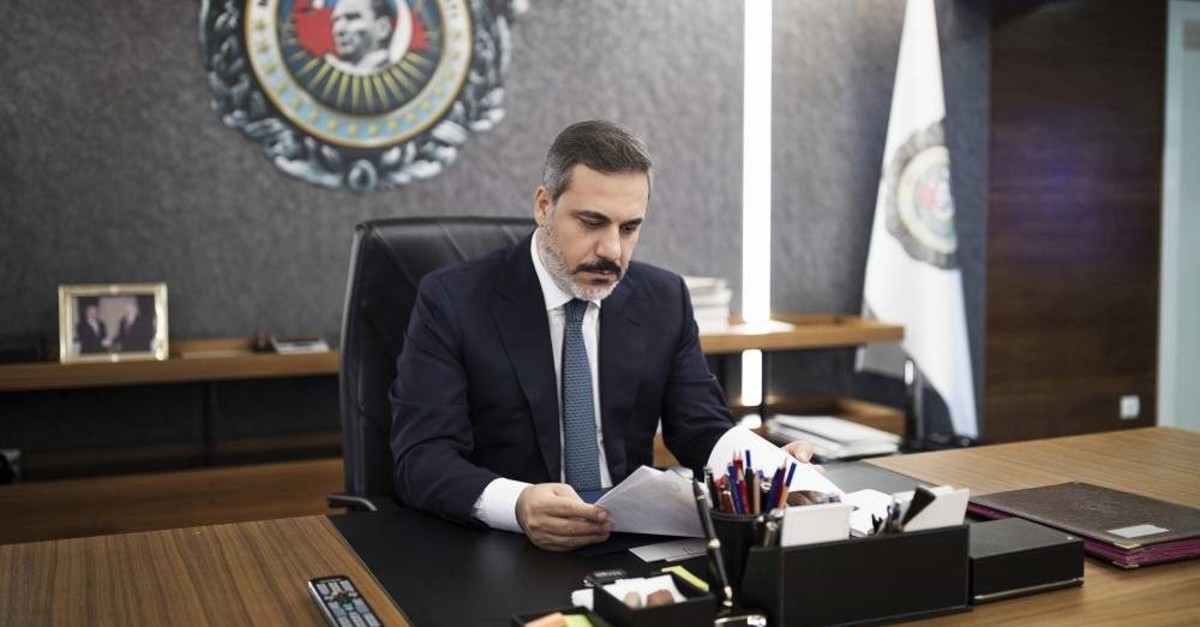 "It is the first time that Turkish intelligence has implemented such policies, either foiling or exposing their plots," Mevlüt Çavuşoğlu told reporters in the capital Ankara.

An article by Pazit Rabin at Israeli daily Makor Rishon, known for its favorable coverage of Prime Minister Benjamin Netanyahu, drew so-called parallels between Fidan and Qassem Soleimani, a top Iranian general who was killed in a U.S. drone strike in Iraq earlier this month.

"Turkey is now spoiling the games in the field and in Libya," Çavuşoğlu added, underlining that Israel was working behind the scenes in Libya.

Since the ouster of late ruler Moammar Gadhafi in 2011, two seats of power have emerged in Libya: one in eastern Libya supported mainly by Egypt and the United Arab Emirates, and the other in Tripoli, which enjoys the UN and international recognition.

On Jan. 12, the conflicting parties announced a ceasefire in response to a joint call by Turkey and Russia's leaders. But talks for a permanent ceasefire deal ended without an agreement after Haftar left Moscow on Jan. 14 without signing the deal.

On Jan. 19, Haftar accepted at the Berlin conference on Libya to designate members to a UN-proposed military commission with five members from each side to monitor implementation of the cease-fire.

The decision to set up the Libyan military committee was the key result of the conference.
RELATED TOPICS