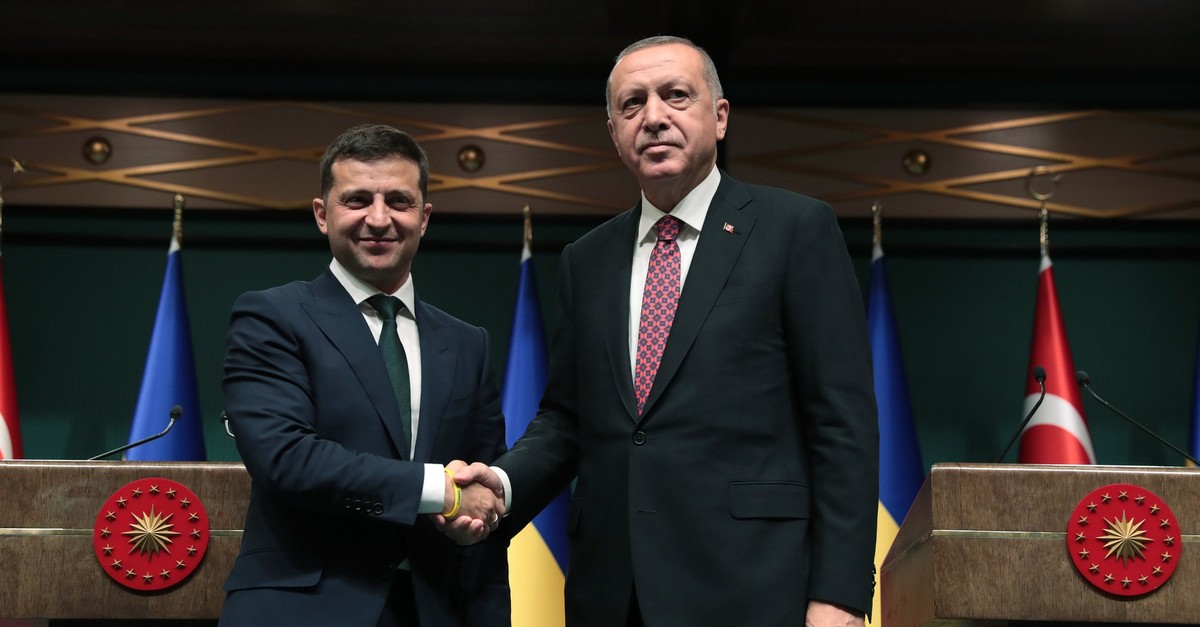 Turkey and Ukraine are set to weigh on their bilateral relations during President Recep Tayyip Erdoğan's day-long visit.

Erdoğan will arrive in the capital Kiev Monday and meet his Ukrainian counterpart Volodymyr Zelensky. The two leaders will hold a face-to-face meeting before they co-chair the eighth meeting of the High-Level Strategic Council between Ukraine and Turkey.

At the invitation of Erdoğan, Zelensky paid an official visit to Turkey in August last year, during which the two leaders reviewed all aspects of the bilateral ties and expressed the determination to further boost trade between the two countries.

Bilateral trade volume reached $4 billion in 2018, while it surged to around $4.55 billion in 2019. Turkey's exports to the country amounted to some $1.95 billion, while its imports came in at $2.6 billion, according to the Turkish Statistical Institute (TurkStat) data.

In this scope, cooperation opportunities in multiple areas, including tourism, defense industry, infrastructure, renewable energy, transportation and agriculture are also expected to be under discussion.

Among others, Erdoğan and Zelensky will attend Turkey-Ukraine Business Forum, organized by the Foreign Economic Relations Board (DEİK) and will address the businessmen from both countries.

Besides bilateral relations, the two leaders will discuss regional developments as well. They are expected to discuss the illegal annexation of Crimea, the situation of Crimean Tatars, the Gülenist Terror Group (FETÖ), the terrorist group behind the 2016 defeated coup attempt in Turkey as well as cooperation in counter-terrorism and the latest developments in Syria.