Turkey to attend OIC meeting in Saudi Arabia on Monday 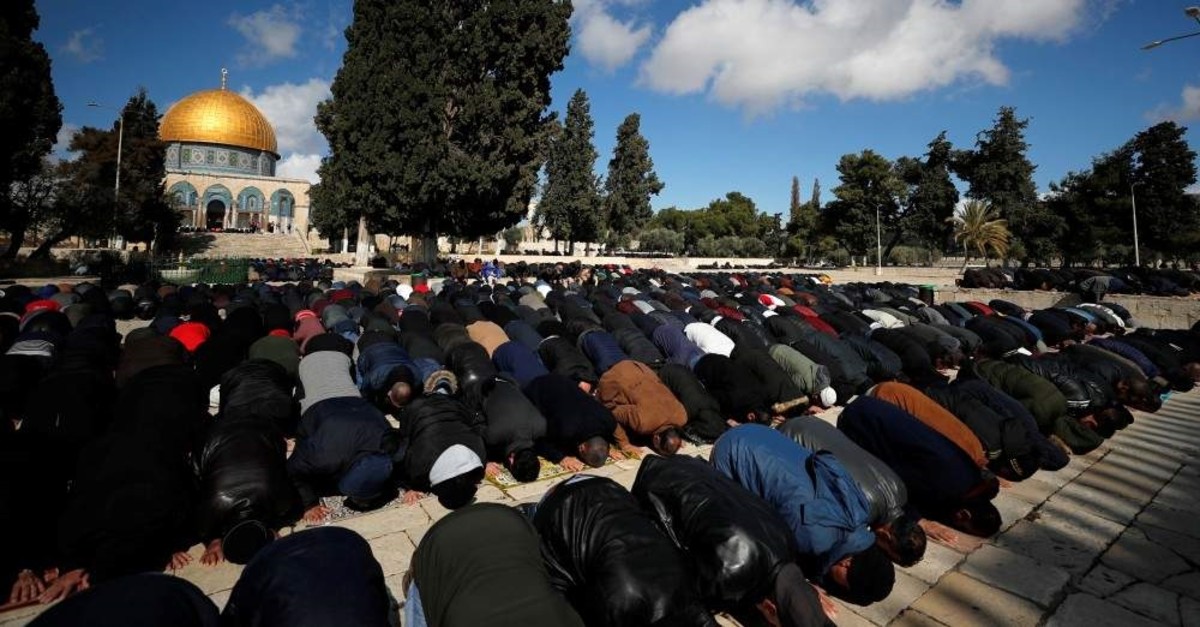 Palestinian men prays near the Dome of the Rock on the compound known to Muslims as the Noble Sanctuary and to Jews as Temple Mount in Jerusalem's Old City, Jan. 31, 2020. (REUTERS)
by Anadolu Agency Feb 02, 2020 5:30 pm

Turkey will attend the meeting of the Executive Committee Ministerial on Monday held by the Organization of Islamic Cooperation (OIC) in Saudi Arabia to discuss the Israeli-Palestinian conflict, the country's Foreign Ministry said on Sunday.

Foreign Minister Mevlüt Çavuşoğlu will take part in "the Organization of Islamic Cooperation (OIC) Emergency Open-Ended Executive Committee Ministerial Meeting to be held in Jeddah on 3 February 2020 upon the request of the State of Palestine in order to discuss the most recent developments with regard to Israeli-Palestinian conflict," the statement said.

On the sidelines of the meeting, Çavuşoğlu will hold bilateral meetings with his counterparts from the OIC member states, it added.

OIC will hold the meeting at the headquarters of the General Secretariat in Jeddah on Monday, the organization announced on Twitter.

The organization's position on U.S. President Donald Trump's so-called "Deal of the Century" will be discussed, it added.

Trump on Tuesday announced his proposal to end the Israeli-Palestinian dispute at the White House alongside Israeli Prime Minister Benjamin Netanyahu, with no Palestinian officials present.

During the event, Trump referred to Jerusalem as "Israel's undivided capital."

The so-called "Deal of the Century" unilaterally annuls previous U.N. resolutions on the Palestinian issue and suggests giving Israel almost everything they have been demanding.