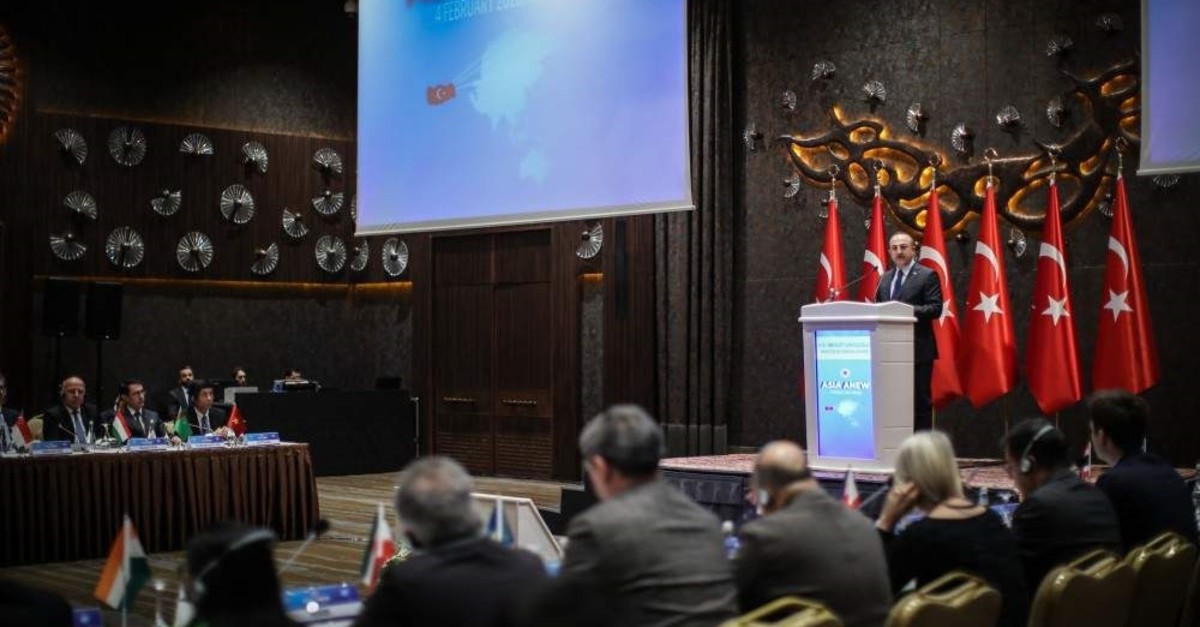 Turkey aims to become an essential actor in Asia and contribute to the rise of the continent, as a country that bridges Europe and Asia, Foreign Minister Mevlüt Çavuşoğlu said. Within the scope of Turkey's Asia Anew initiative launched in August, a conference attended by numerous representatives and ambassadors of Asian countries was held in the capital Ankara Tuesday, headed by Çavuşoğlu. Turkey aims to revitalize relations with Asia on a win-win principle, developing cooperation and projects with the region's countries.

The minister underlined that he expected the support of the ambassadors in enhancing relations and developing cooperation while he briefed them following the Foreign Ministry's workshop held with the participation of several academics and think-tanks in December.

"We see no problem in strengthening our relations with Asia as an important NATO member and an important European economy. Asia will constitute two-thirds of international growth in the next 10 years while probably four of the five biggest economies of the world in the next 15 years will be in Asia," Çavuşoğlu stated, touching upon Turkey's role as a bridge between Asia and Europe.

Turkey, adopting a multidimensional foreign policy, is taking firm steps toward new regions, one of which is Asia. Yet, Turkey is not starting its relations with the continent from scratch. It already has 32 embassies in Asia, including in all of the 10 Association of Southeast Asian Nations (ASEAN) countries.

The new initiative was officially announced by the Foreign Ministry when the 11th ambassadors' meeting took place in the capital province of Ankara to improve ties with Asian countries in different regions that would include cooperation in education, the defense industry, investments, trade, technology, culture and political dialogue.

"We want you to embrace this process with us," the minister said talking to diplomatic representatives.

"Asians were the giants of the 18th century, Europeans of the 19th and the 20th century was shaped by America. The 21st century, however, will form as a century directed by Asia Anew," Çavuşoğlu reiterated once again.

"We will enhance our cooperation with the defense industry, along with other fields including health, education and media, we see a demand in Asian countries in this matter," Çavuşoğlu added.