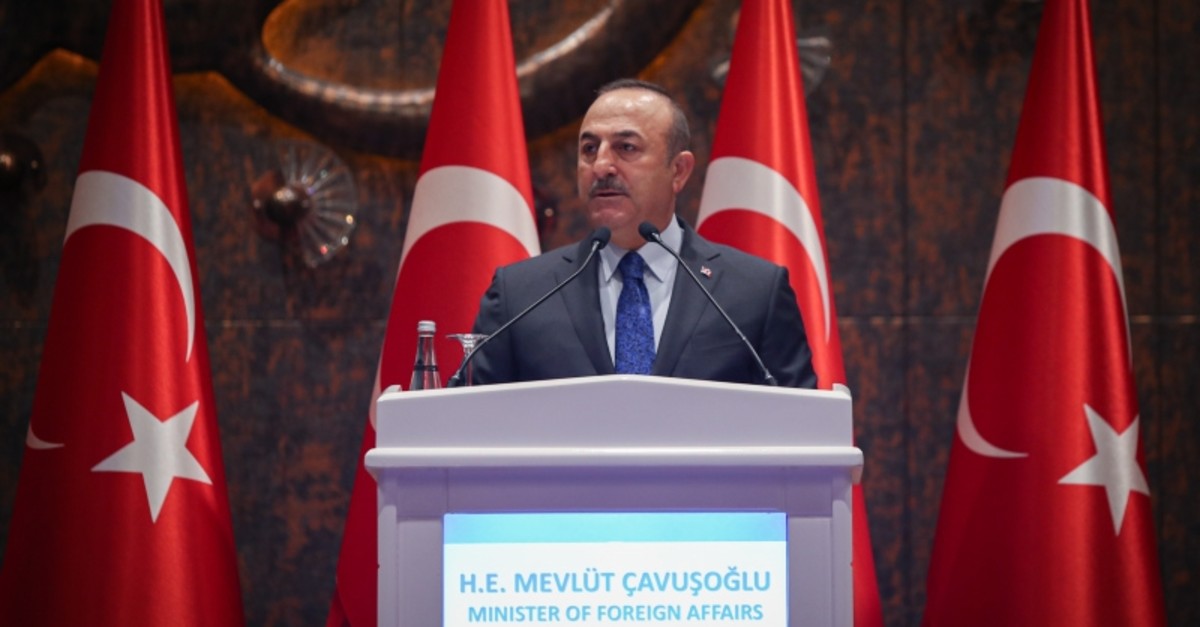 Russia needs to take responsibility for preventing attacks by the Assad regime, and Turkey will not tolerate such aggression, Foreign Minister Mevlüt Çavuşoğlu said on Tuesday.

"We strive to end these conflicts (in Syria) with Russia just as we did in Astana and Sochi. It is not possible for us to tolerate attacks targeting us. We have given the necessary response in Idlib and will continue to do so," Çavuşoğlu said at the Asia Anew meeting in the capital Ankara on Tuesday.

The foreign minister said he told his Russian counterpart, Sergei Lavrov, that Russia needs to prevent the regime from launching flagrant attacks against the Turkish military in the northwestern Idlib province.

He continued by highlighting that the Astana and Sochi agreements have been seriously damaged as a result of recent attacks.

“Military deployments to Idlib are meant to strengthen Turkish observation posts,” Çavuşoğlu said, adding that they aim to monitor violations.

The Foreign Minister also dismissed Russia’s claims that they “cannot fully control the regime,” saying that the statement does not reflect the truth.

“Recent developments show that the Syrian regime is supporting a military solution to the crisis, rather than a political one,” Çavuşoğlu said.

Çavuşoğlu spoke with Lavrov following a Syrian regime attack on Idlib earlier Monday which killed seven Turkish soldiers and a civilian contractor. Russia is a key ally of the Assad regime.

In a fresh move, Turkey announced Jan. 10 that a new cease-fire in Idlib would start just after midnight on Jan. 12. However, the regime and Iran-backed terrorist groups continued their ground attacks.

Touching upon developments regarding U.S. President Donald Trump’s Middle East plan, Çavuşoğlu said the Organisation of Islamic Cooperation’s (OIC) joint stance opposing the so-called “Deal of the Century” will soon be brought to the U.N.’s attention.

“We (as Turkey) will always support the Palestinian cause, even if we are left alone,” Çavuşoğlu told reporters following the Asia Anew conference.

The OIC rejected Trump’s plan, urging all member states not to engage with the plan or cooperate with the U.S. administration to implement it.