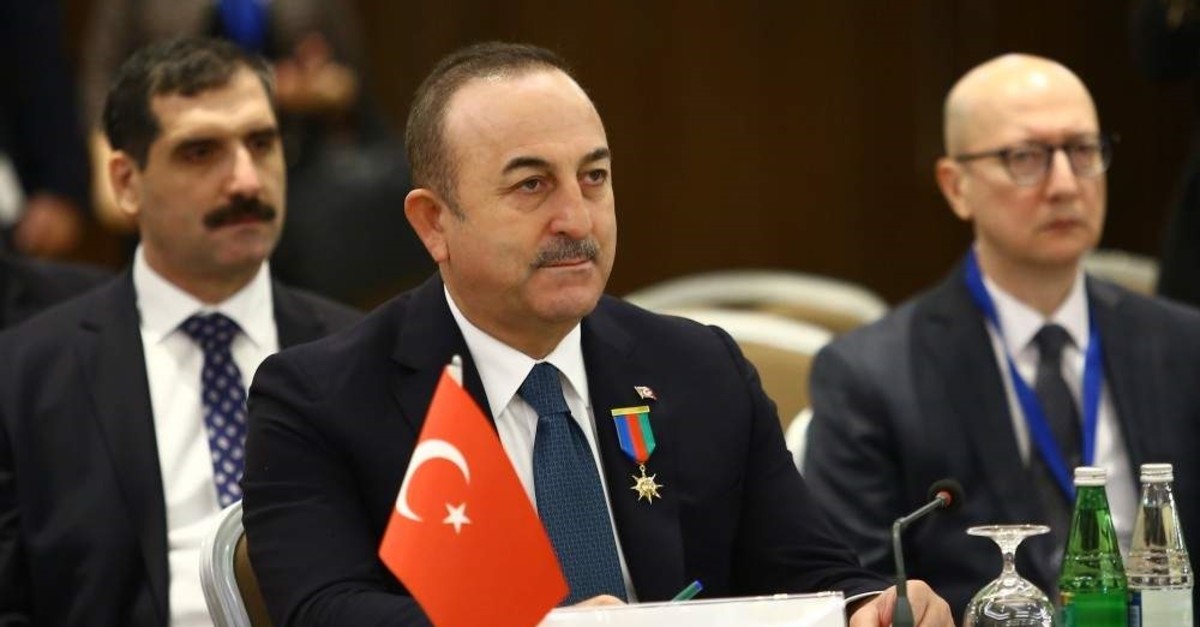 A Russian delegation is expected to visit Turkey in the wake of a Syrian regime attack on Turkish troops in Idlib, Foreign Minister Mevlüt Çavuşoğlu said Thursday.

Speaking to reporters in the Azerbaijani capital Baku where he is set to attend a Turkic Council meeting, Çavuşoğlu said the Turkish and Russian leaders might meet too, in case of necessity.

Çavuşoğlu said what Turkey expects from Russia, the guarantor country for the Syrian regime, "is to stop the regime (attacks)" that claimed the "lives of almost 2,000 civilians."

He recalled that Turkey, Russia and Iran have worked in Ankara, Moscow, Sochi, Tehran and Astana for a permanent cease-fire in Syria and political solution for the crisis.

"We should continue working together with Russia. If we are to solve problems there, we will solve them together," he underlined.

"Now, we expect a Russian delegation. After the delegation, our President Erdoğan and Russian President Putin will meet if there is a need. Our main aim is to stop conflicts," he added.

Çavuşoğlu underlined that Turkey did not target Russia but the Syrian regime in Idlib, as "the regime is responsible for the attack (on Turkish troops)."

The Russian delegation's visit is expected to come after Monday's attack in Idlib, northwestern Syria, which killed seven Turkish soldiers and one civilian contractor working with the Turkish military.

"Of course there is a limit to our patience. After we had eight martyrs, we retaliated ... If the regime keeps up its aggression, we will not stop there," the foreign minister said.