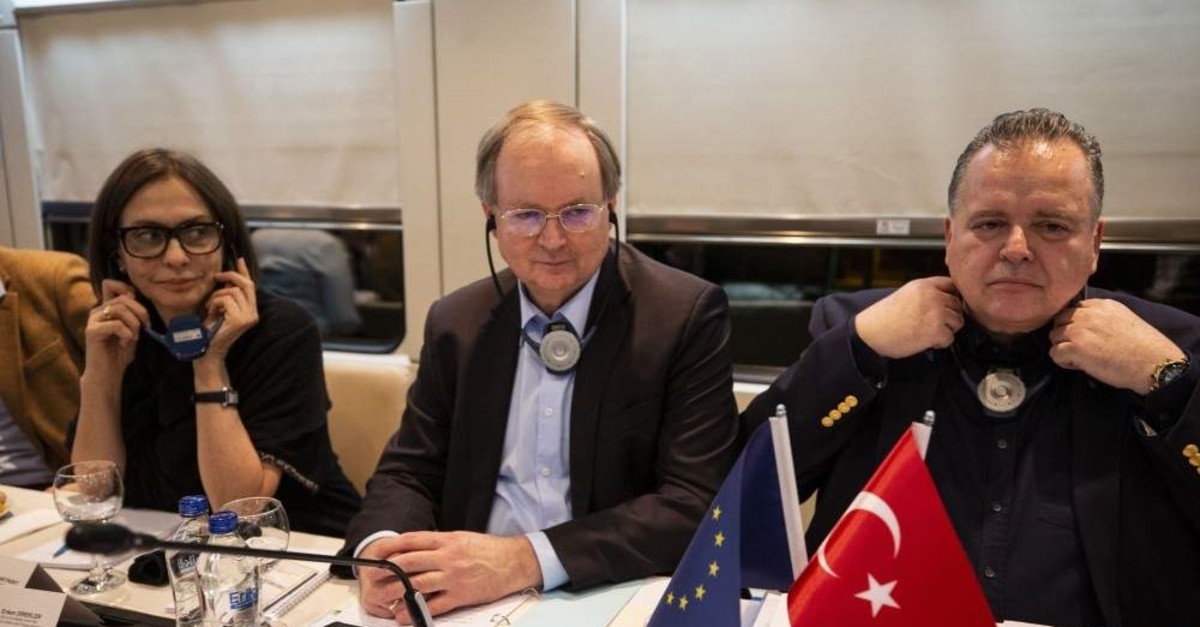 The head of the EU delegation to Turkey, Christian Berger, said the delegation fully endorses a statement by the Greek Foreign Ministry regarding a Greek member of the European Parliament's recent action involving the ripping of the Turkish flag in a parliamentary session.

Berger told reporters during a train journey on the touristic Eastern Express that he does not have anything to add to the Greek statement.

"The statement clearly condemned the MEP and said that the act is unacceptable. We also support this view," Berger told journalists.

Last week, far-right MEP Ioannis Lagos ripped the Turkish flag during the plenary debate on migrants, blaming Turkey for the wave of migrants in his country.

The Greek MEP's former party, the Golden Dawn, is considered a far-right, neo-Nazi and fascist organization.

The Greek Foreign Ministry condemned Lagos in the "strongest terms."

"The unacceptable acts of representatives of neo-Nazism are far from Greek and European traditions," the ministry said, noting that Lagos' act directly targeted a national symbol, and he only represents himself rather than the country.

Lagos may receive an expression of disapproval, suspension of his activities and salary deduction for ripping the flag.

Berger also commented on the tacit arms embargo on Turkey, saying that European countries are not imposing an embargo on the country but are "reviewing" their arms export licenses to Turkey. He argued that the EU Council has consigned the arms trade authorization to member states in response to Turkey's counterterror operation against YPG/PKK terrorists in northern Syria.

"This is something that the member states decide on the national level," Berger said, dismissing claims that it amounts to an embargo.

Some European countries, including the Netherlands, Norway and Finland, froze their weapons exports to Turkey following Operation Peace Spring.