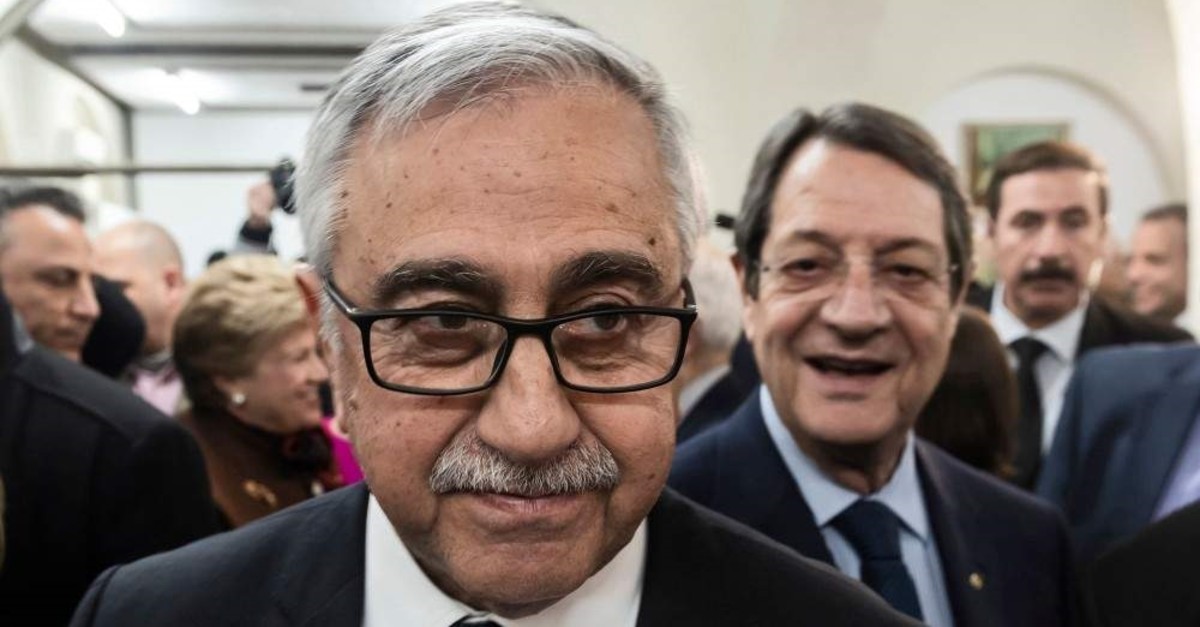 Senior Turkish officials on Saturday condemned controversial remarks by Mustafa Akıncı, the leader of the Turkish Republic of Northern Cyprus (TRNC), in a British daily.

The condemnations came after Akıncı talked to The Guardian about the long-standing reunification efforts in Cyprus island.

Vice President Fuat Oktay said on Twitter: "I condemn the remarks that target the Republic of Turkey which stands with TRNC in all conditions and protects its rights and interests."

It will not tolerate Turkey being used as "a tool of an election campaign" with political approaches that lack a vision, he stressed.

Altun said in a written statement that Akıncı does not deserve to sit in the chair of the presidency, which had cost the lives of Turkish Cypriots and Turkish soldiers.

"Turkey has no designs on the soil of any country, and it will not tolerate anyone to take advantage of Turkish soil," he warned.

Justice Minister Abdulhamit Gül criticized Akıncı's remarks on Turkey, as well, which he said hurt the ancestors and martyrs.

"Ankara will continue to stand by Turkish Cypriot as it has done so far," he said.

"Akıncı's criticism of Turkey via false claims is wrong behavior done with the intent of winning the election," he said in a written statement.

Tatar said Turkish Cypriots will punish Akıncı by not voting in favor of him in the presidential election slated for on April 26.

Tatar stressed that TRNC and Turkey will always remain close and will cooperate to solve the Cyprus issue.