Iran claims not being informed of regime's attack on Turkish troops 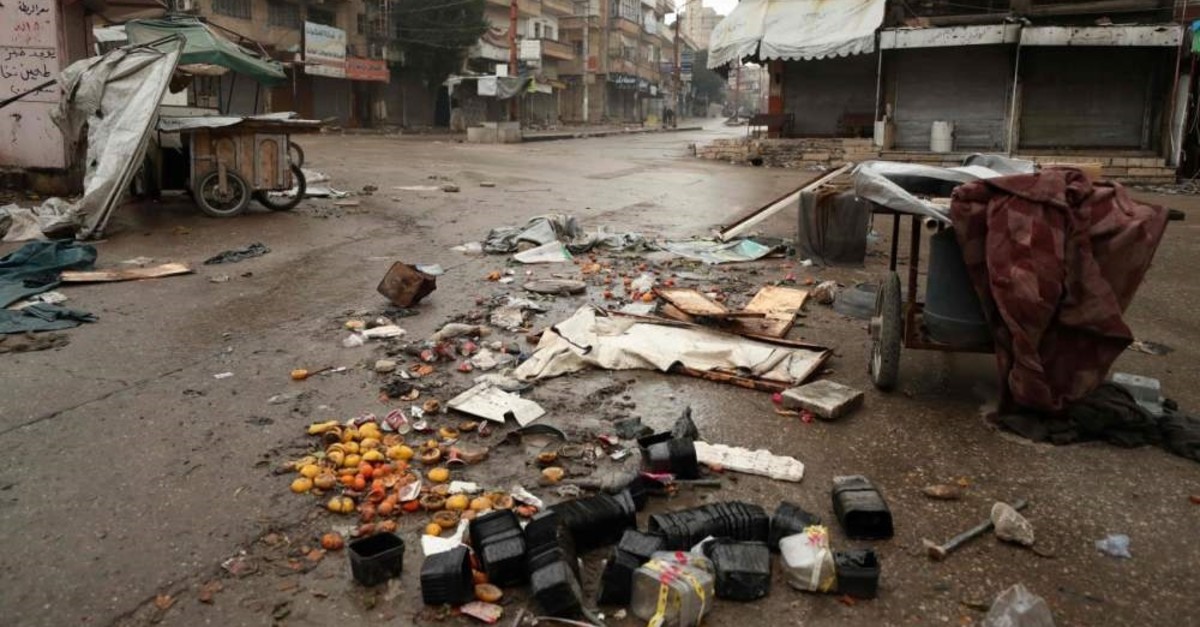 The aftermath of an air strike by pro-regime forces on the opposition-held town of Ariha in the northern countryside of Syria's Idlib province, Feb.5, 2020. (AFP)
by Daily Sabah Feb 11, 2020 5:47 pm

As Assad forces extend their target range for attacks from local civilians to Turkish troops, Iran, a country which is known for both backing Bashar Assad and being a partner of Turkey in diplomatic efforts for Syria, claimed Tuesday that they were not informed of the regime's actions.

Speaking to Sabah daily, diplomatic sources of the country in Ankara stated that Iran was not informed of the regime attack against the Turkish military beforehand. They also claimed that a meeting may take place between the foreign ministers of Turkey and Iran with an aim to clarify the subject.

Seven Turkish soldiers and civilian staff member were killed and seven others were injured after shelling by Assad regime forces last week.

Yet, despite the agreement to stop acts of aggression and turn Idlib into a de-escalation zone, the Syrian regime has consistently violated the cease-fire, launching frequent attacks inside the de-escalation zone.